Bill Bonds' Daughter Kristine Runs for Congress as a Republican 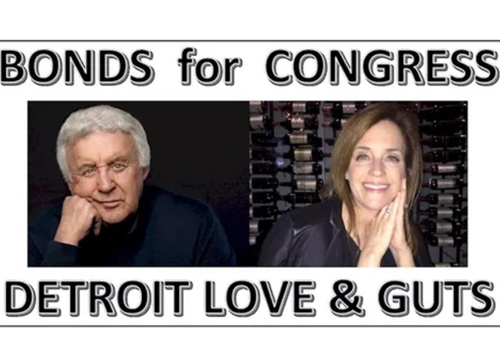 Kristine Bonds of West Bloomfield is using her legendary dad's well-known name in hopes of boosting her first political campaign.

The 52-year-old daughter of late WXYZ anchor Bill Bonds, one of the most memorable TV figures in Detroit, this week announced her Republican candidacy in the 14th Congressional District next year. Her one-page website lauds the tax reform legislation signed by President Trump last Friday.

Democrat Brenda Lawrence, who was Southfield's mayor from 2001-15, won the U.S. House seat in 2014 and was re-elected last year.

The district has been represented by eight Democrats and just one Republican (Harold F. Youngblood, 1947-49) since it was created in 1933.

She also mentions his 19 Emmy Awards, but gives no professional background for herself. The site's lone page does say:

Michigan voters were just given A LOT of money back via our historic tax cut. Plus- we are now off the hook for being forced to buy Obamacare. YAY!!!

Why then do we have a Rep in Congress who VOTED AGAINST BOTH? I will keep our prosperity agenda rolling with a Republican rubber stamp!

Why not BONDS - Why not NOW? 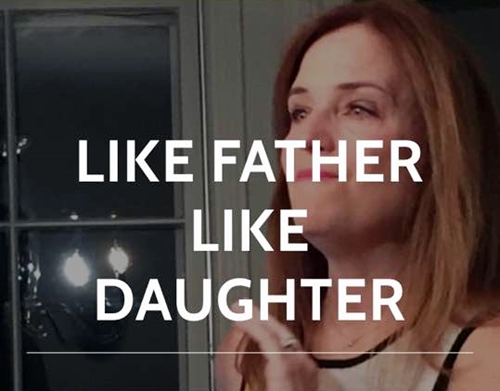 Bonds was beloved by many viewers, but his daughter's stance may not appeal as widely. Her background is in sales, and she currently is a "senior brand partner" at Foursquare, a New York-based technology company.

It’s happening. Kristine Bonds is officially running for Congress. We announced 10 minutes ago and booked a TV interview for next week 5 minutes ago. Can she win? Is her fresh perspective newness, her famous dad’s name and her personal disdain for higher taxes enough?

Bonds did not immediately respond to an email from Deadline Detroit seeking comment.

The 14th Congressional District stretches from eastern Detroit to Farmington Hills, then north to Pontiac.

Bill McGraw, a co-founder of Deadline Detroit, wrote about Bonds' death in 2014:

Bonds was smart, cocky, profane, acidic, funny, contentious, flamboyant and filled with a love and knowledge of his hometown. Those ingredients combined to make Bonds Detroit's irresistible TV newsman and Channel 7 the market leader during the city's news-packed crisis decades. Viewers never knew what he was going to say next.

That unpredictability was part of his allure, but Bonds excelled in a crisis, and his mastery of the medium made him a driving force in TV news across the nation. He was the personification of the American anchorman long before comedian Will Ferrell starred as Ron Burgundy in the "Anchorman" films.