Retired FBI Agent: The Unabomber and I Agree -- TV Series on Him Is Inaccurate

The writer was an FBI agent for 31 years and retired as resident agent in charge of the Ann Arbor office. 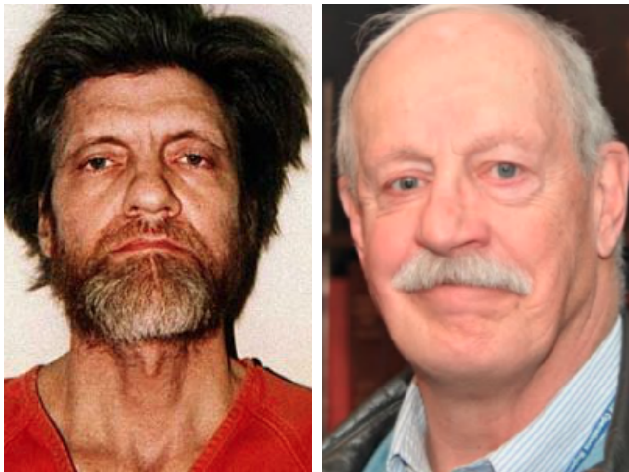 A few months ago, I wrote a critique of "Manhunt: Unabomber," a Discovery Channel series about the 1978-95 deadly bombings by Ted Kaczinski. My concern, shared by a number of Unabom Task Force agents, was that the series portrayed Jim Fitzgerald as the agent who broke the case and was involved in key aspects of the investigation. None of that was true.

The series then built on that fiction by depicting a relationship between Fitzgerald and the Unabomber, Ted Kaczynski, that never happened.

Now Kaczynski is also critical of the Discovery Channel series, and in a weird twist Kaczynski cites my critique to bolster his position. He was responding to a letter from a woman I'll call her Jane Doe, asking about aspects of the Unabomber series.

She sent the letter to Kaczynski at the federal maximum-security penitentiary at Florence, Colo. Jane asked about suggestions that Kaczynski’s criminal activity was at least in part due to Kaczynski’s participation in a psychological study while an undergrad at Harvard in 1959. According to the TV series, the study at Harvard was part of a secret CIA project code named MK Ultra.

MK Ultra was a CIA program initiated in 1953 to develop techniques and drugs to be used for interrogation to elicit information and/or confessions through “mind control.” The program was a response to Soviet, Chinese and North Korean use of mind-control techniques (also called brainwashing) on U.S. prisoners during the Korean War – the “Manchurian Candidate” phenomenon [explained in not at end]. 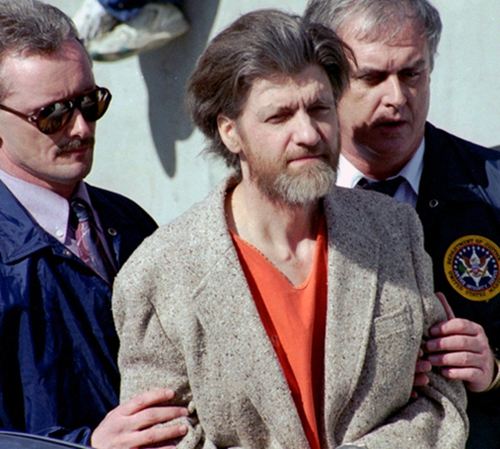 Kaczynski is serving a life term for bombings that killed three people and injured 23 from 1978-95.

Much is still not known about the MK Ultra project as many records were destroyed. It is known that the project involved about 80 institutions in Canada and the US including at least 44 colleges and universities, also some hospitals and prisons. Some of the institutions were not aware of that the CIA was sponsoring the studies. The CIA used front organizations to hide their involvement.

Some participants weren’t even aware they were participating in a study. This was especially true in the project’s efforts to develop mind-controlling drugs. LSD was one of the main drugs experimented with and sometimes administered without the subjects’ knowledge.

One primary CIA concern was that double agent "moles" controlled by the Soviets worked in American and allied intelligence services. There was a fixation on developing techniques and drugs to elicit the truth from suspected spies or their handlers.

It has been theorized, and the Discovery Channel Unabomber series portrays as fact, that the personality study Kaczynski participated in at Harvard -- supervised by Professor Henry A. Murray -- was part of the MK Ultra project. This study, it is alleged, was so traumatizing that it resulted in psychological damage to Kaczynski which led to his crimes.

Murray used 22 Harvard undergrads in his study, including Kaczynski. The studies were controversial and, among other things, were designed to measure people’s reactions under extreme stress. This had the legitimate goal of trying to determine what personality traits are most beneficial in dealing with stress. Consequentially, a large portion of Murray’s study involved the use of personality traits questionnaires. (Murray was one of the pioneers in developing the ubiquitous personality questionnaires, e.g., would you rather be in a room full of people or in the woods by yourself.)

There does not seem to be any evidence that Prof. Murray’s studies were connected to the CIA MK Ultra project although Prof. Murray did work with the Office of Strategic Services (OSS) during World War II, helping to produce a psychological profile of Adolph Hitler. The OSS became the CIA after the War.

But even if Prof. Murray’s studies were part of the MK Ultra project, Kaczynski in his response to Jane Doe’s letter debunks the theory that his participation in the study caused such psychological damage to him that it resulted in his serial bombings. 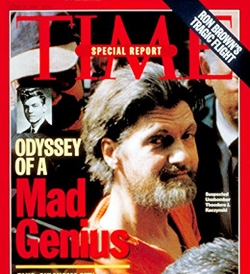 This is part of Kaczynski’s letter addressing the Discovery Channel Unabomber series:

From several people I’ve received letters concerning that Discovery Channel series about me, and it’s clear from their letters that the Discovery series is even worse than most of the other media stories about me. In fact, the greater part of it is pure fiction. Among other things, they apparently passed on to their viewers the tale through the agency of Harvard professor H. A. Murray I was repeatedly “tortured” as part of the an “MK-Ultra” mind-control program conducted by the CIA.

The truth is that in the course of the Murray study there was one and only one unpleasant experience. It lasted about half an hour and could not have been described as “torture” even in the loosest sense of the word. Mostly the Murray study consisted of interviews and the filling-out of pencil-and-paper personality tests. The CIA was not involved.

Since people may find it difficult to believe that the media would broadcast such a conglomeration of outright lies, I’m sending you herewith a copy of an article by FBI agent Greg Stejskal in which Stejskal confirms that the greater part of the Discovery series is fiction.

Stejskal’s purpose is to defend the honor of the FBI, not to tell the truth about Ted Kaczynski (in fact, not all of his statements about me are strictly accurate), but the fact that Discovery lied about the FBI investigation should make it easier for people to believe that they lied about me too.

It is an interesting, tantalizing theory that a CIA mind-control project caused Kaczynski's 1978-95 crimes – that he became a "Manchurian Candidate" run amok. But Kaczynski dispels that whole notion.

Kaczynski already provided the reasoning and motivation behind his bombings in his 35,000-word manifesto.

I'm ambivalent about being in common cause with Ted Kaczynski regarding the factual accuracy of the cable series, but we both have an interest in protecting the historical record.

Note: "The Manchurian Candidate" is a 1959 novel by Richard Condon adapted into a movie in 1962 and again in 2004. It’s a political thriller about an American soldier brainwashed into becoming an assassin for a Communist conspiracy in the U.S.