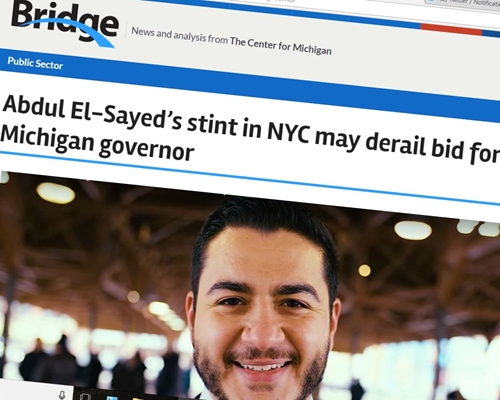 "But here's something we didn't expect," his communications director writes Tuesday in a hastily emailed letter to backers and others on a contact list. "Establishment Democrats [are] resorting to the type of birther tactics that opponents to Barack Obama used to discredit his run for the presidency," says the letterhead message -- part damage control and part fund-raising appeal.

The email blast is a response to a Bridge magazine article that says El-Sayed may not meet the requirement of being a "registered elector in this state" for four years before November's vote. That's "completely baseless," the letter says. (Details from the article are in the original version of this article below.)

The candidate himself uses the same hot-button phrase in a six-tweet thread. "Establishment Democratic insiders . . . [are] resorting to the kinds of Trump birther tactics that the GOP used against @BarackObama. It’s really heartbreaking," posts El-Sayed, who claims unnamed party opponents "feel so threatened by my run."

"When you start gaining momentum, that's when they pounce," writes Adam Joseph in the "urgent" appeal for donations "to send a message that our movement will not be bullied." He says, pointedly:

"An article just released last night is using birther-like tactics pushed by our opponent to try to smear Abdul's run for governor. . . .

"Let's show the world that we've got . . . the numbers to win against the power and money of establishment party politics." 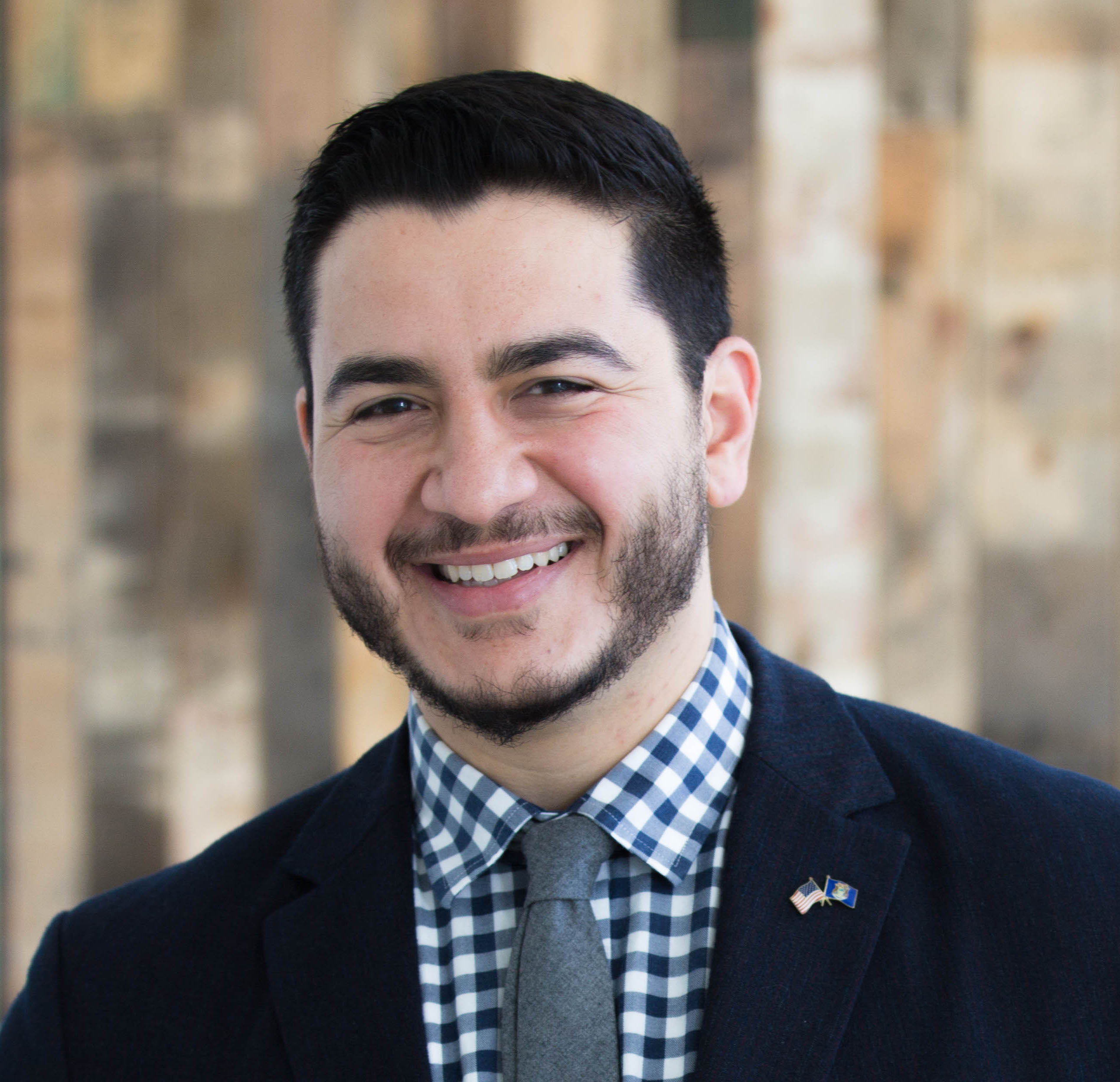 Dr. Abdul El-Sayed, a Democratic candidate for governor and former chief of Detroit's Health Department, may be ineligible for this year's ballot, Bridge Magazine reports:

A key chapter in that narrative, a professorship at Columbia University’s Mailman School of Public Health in New York, may threaten El-Sayed’s ability to make it onto the the Aug. 7 primary ballot, where polls indicate he is the most credible challenger to Democratic front-runner Gretchen Whitmer.

That’s because the Michigan Constitution requires gubernatorial candidates be a “registered elector in this state” for four years before the general election –  and El-Sayed was registered to vote in Manhattan as recently as March 2015, New York Department of Elections records show.

El-Sayed re-registered in Michigan in 2016 and did so with a New York driver license, according to Michigan Secretary of State records.

"This may be a problem. This may be something that the courts may have to decide," said [Lansing pollster] Ed Sarpolus

El-Sayed pushes back against the article by reporter Joel Kurth: