This repost from March 3 is the second in a Top 10 countdown of most-read articles in 2018, a daily series through New Year's Eve. The first installment is here.

James Davis, Jr., who was arrested early Saturday after a day-long dragnet, is suspected of shooting his mother and father -- Diva and James Davis -- after they came from Plainfield, Ill., to bring him home for spring break. 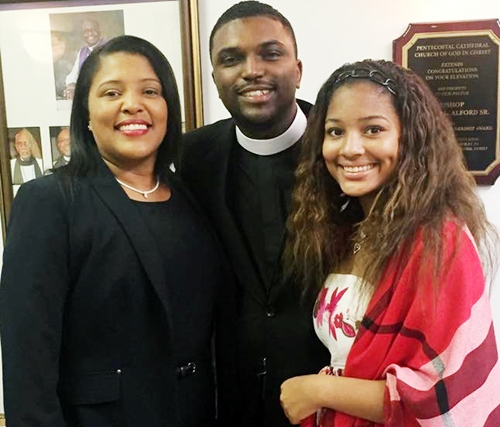 An older sibling, Russell, urges in an extraordinary Facebook post on Saturday morning: "Please don't make a villain of my brother. That is not who he is. . . . And I still love him." (More of the text is below.)

A gun found at the bloody room in Campbell Hall was registered to the father, a police officer in Bellwood, Ill., and was brought there by the 19-year-old son, CMU Police Chief Bill Yeagley says, according to Detroit Free Press coverage by Aleanna Siacon. "There is one witness who stated Mr. Davis was seen coming from the parking lot into the residence hall with a gun in his hand" on Friday morning, the chief tells journalists.

The previous night, the student acted in a way "that is not reasonable or logical," Yeagley recounts. The Freep account adds:

An officer asked Davis, Jr. to call his parents and Yeagley said the officer spoke to his mother about what they observed and shared concern that it might be drugs.

Yeagley said Davis, Jr.'s mother shared this concern and said she and his father would be coming up to campus right away. Officers then took Davis, Jr. to the hospital to get checked out.

"He stayed until the following morning when he was picked up by his parents and came back to Campbell Hall," Yeagley said.

The slain father served nearly 25 years in the Illinois Army National Guard and then became a part-time police officer in Bellwood, Ill., according to the Morning Sun newspaper in Mt. Pleasant. The mother was a self-employed real estate broker.

Each of the couple's other two grieving children post on social media after the tragedy.

"Today I lost my parents, the only people that loved me unconditionally," Alexis Davis tweets from Plainfield, 40 miles southwest of Chicago. "I'm thankful for every single thing they've done for me. All I ask is for everyone to keep me and the rest of my family in your prayers." 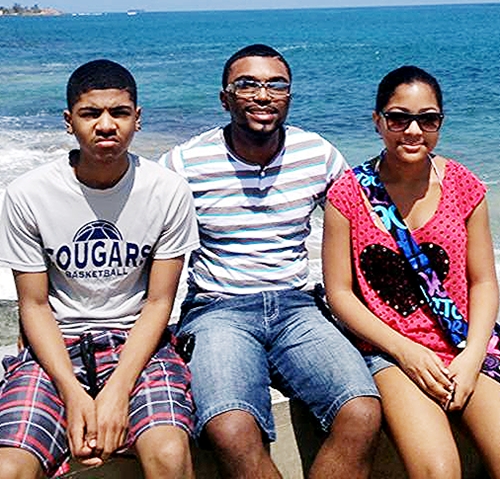 The Davis siblings in Puerto Rico in March 2014. From left: James, Russell and Alexis.

Her elder brother Russell, a divinity student, shares five family snapshot on Facebook and reflects on "the very tragic event." Here is most of the post, with changes in capitalization and punctuation for readability:

It's so surreal, I'm in shock and even in denial. It's a hard pill to swallow, a heavy load to bear. I can't wrap my mind around this, nor make any sense of this, but three things I want you to know:

1. I love my Mama. . . and my Dad. I'm going to miss them.
2. I still love my brother. I want him safe, supported and prayed for, just like my sister Alexis Davis and I.
3. And I still believe [in] God. I'm in pursuit of a doctorate, a doctorate in faith, and this is my examination! I shall continue to "in everything give thanks, for this is the will of God in Christ Jesus." . . . God's got my back!

Thank you to everyone who has called, texted, prayed, came and so much more already. The coming days will be hard, very hard, but continue to pray for us. I may not be able to respond to everyone, but know I appreciate your prayers, love and concern. Whatever you do, pray, pray, pray.

One thing I must add, to the media and opinionated people: Please don't make a villain of my brother. That is NOT who he is. And despite the circumstances, he also lost a mother and father. And I love him. Consider that!"

James E. Davis Jr. is declared mentally fit to stand trial on two murder charges, though a question of his mental state at the time of the crime still leaves his case in limbo.

An Isabella County judge on Tuesday Oct. 30, ruled that the 20-year-old defendant is competent to participate in future court proceedings, based his ruling on reports from the Center for Forensic Psychiatry in Ypsilanti. 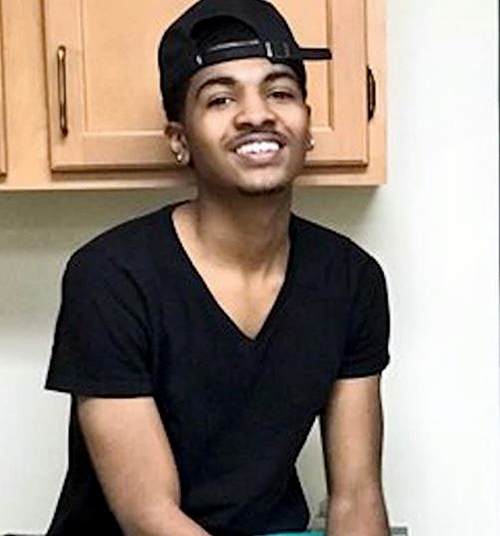 The suspect in the shooting incident that happened on CMU’s campus is now in custody.

The suspect was seen and reported by an individual on a train passing through the north end of campus shortly after midnight. Law enforcement personnel responded and arrested the suspect without incident.

Mt. Pleasant stores are closed and public schools remain on "lockdown" after a pair of dormitory murders at Central Michigan University. 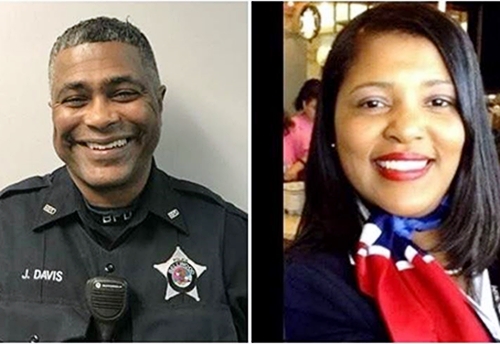 The victims are Diva Davis, 47, and her husband James Eric Davis, Sr., 48, according to the university. They had come from Illinois to pick up their son, a sophomore, for spring break.,

The family is from Plainfield, Ill., a southwest Chicago suburb, and the elder Davis was a part-time police officer in Bellwood, Ill., and a Illinois National Guard veteran who served in Operational Iraqi Freedom, the Chicago Tribune reports.

Gov. Rick Snyder attended a 4 p.m. police news conference on campus andf said: "We will not stop until we have resolved that issue and caught this person."

Lt. Klaus says #CMU police had contact with suspect last night after report of "difficult student" in residence hall. He was eventually taken to a hospital for drug-related issue

At 3 p.m., uniformed officers began assisting individuals in leaving campus buildings. Officials said students in residence halls may stay or can leave with assistance from uniformed officers. Campbell Hall is open with the exception of the 4th floor, where the incident occurred.

The Western - Central Michigan men's basketball games scheduled at CMU for this evening has been postponed, CMU Athletics Director Michael Alford said.
The game will be rescheduled and details will be announced once they are confirmed. @detnews_sports

Two people were fatally shot Friday morning in a Central Michigan University dormitory in Mt. Pleasant a day before spring break starts. Campus buildings are in lockdown, as are some schools in Isabella County.

CMU police confirm two individuals were fatally shot at Campbell Hall on campus this morning. The deceased are not students and police believe the situation started from a domestic situation. There are no additional injuries; suspect is still at large: https://t.co/AxvPn3N0s0 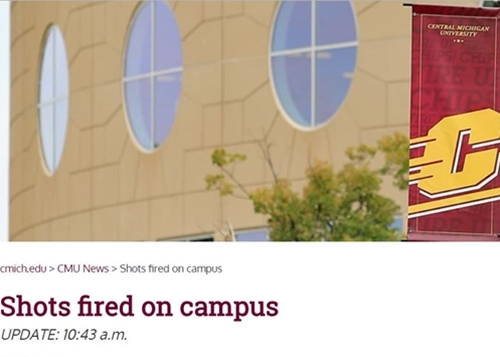 Central Michigan University police confirm two individuals were fatally shot at Campbell Hall on campus this morning. The deceased are not students and police believe the situation started from a domestic situation.

There are no additional injuries.

Campus is on lockdown as the suspect is still at large.

Those planning to come to campus today to pick up students for spring break should stay off campus until further notice. Please go to the Comfort Inn, 2424 S. Mission St. University staff will be on site to support the families.

Faculty and staff on campus got emergency alerts about 9 a.m. that a shot had been fired in Campbell Hall. Law enforcement agencies, including the FBI, are on campus.