For fairness and balance, we give a Wayne State senior lecturer this space to respond to an article on his questionable behavior with women. His response appears in full. Two subheads are the only changes.

Thirty years ago, I went to the newspaper in Memphis, Tennessee, initially as a consultant, and had an affair with a reporter there, something I have regretted deeply for many years.

Initially I planned to stay there only a few months, but the management was very pleased with what I had done, and hired me as an assistant managing editor charged with making serious changes in the newsroom. This was, of course, doomed to fail, since people knew about my relationship, which ended after a few months,

I was very foolish, this caused all sorts of problems, and this eventually led to my leaving the paper.

That was a long time ago. 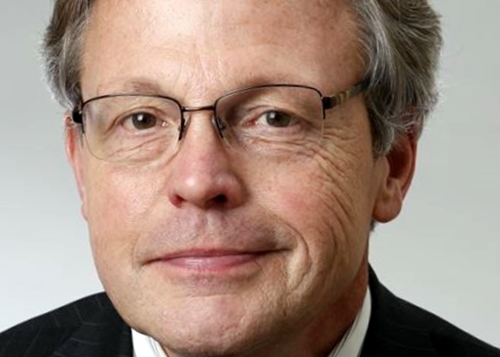 "If I made anybody feel uncomfortable . . . I apologize."

I still have those who dislike me there, clearly, and this publication apparently thinks it is justifiable to dredge up events from 30 years ago -- when the cultural climate was totally different to give them a forum. What I did was damning enough, and many of the things I’ve been told people there said about me are distorted or totally untrue.

I do want to say, however, I was only ever involved with one woman in that newsroom; that she is not any of the people mentioned there, and I doubt she would talk to them.

She was a classy person, and though I’ve not talked to her for many years, I hope her life is happy and good.

For the past quarter-century I have taught at Wayne State University, where I have helped launch many careers, and helped many students of all sexes, including many strong women, get jobs.

But I try to be both tough and fair, and two former students with an agenda apparently decided they wanted to get me, and for the last six months have been interviewing everyone they could reach in an effort to turn up dirt on me. I alerted Wayne State when this began, and have been completely transparent with everyone.

Eventually Deadline Detroit presented me with a list of allegations, most of them untrue, that essentially amounted to innuendo.  None of these seem more recent than a dozen years ago.

Some of what I was shown were clearly lies, some of the ridiculous variety, such as that a woman avoided taking broadcast journalism from me because she thought I’d critique her appearance on her audition tape. I never have taught broadcast journalism.

None of the women whose long-ago allegations I was asked about ever filed a complaint against me with the university.

I do not claim to be a perfect person. The newsrooms I worked in during the 1970s and 80s were very different places than they are now; as a woman journalist I worked with remarked recently, the climate then would no longer be seen as culturally appropriate in newsrooms today.

That’s not to justify insensitivity; if I made anybody feel uncomfortable in that sense, I apologize.

I don’t apologize for making students feel uncomfortable about substandard work. I run my classes somewhat in the matter of a boot camp sergeant, with my goal being to give them the skills to get jobs and keep them.  This doesn’t always please everyone.

Many of the national revelations about the way many women have been treated in the workplace are appalling. However, the journalism I was trained to do usually required a two-source rule and something called the benefit of the doubt.

Today, it often seems we have only an anonymous source rule and conviction by accusation, and I am not speaking of myself alone.

This 'Is Terribly Painful'

Revealing what I have revealed here is terribly difficult, but as I spend the journalistic part of my life trying to get politicians and bureaucrats to be transparent, I feel I must also do so.

I find it curious, however, that any professional editor would have a story like this reported and written by two people who have an agenda, at least one of whom evidently blames me for her lack of career success.

This has been an exquisitely painful experience, but I suppose not as painful as many women who have been genuinely harassed have suffered. I have been lucky enough to have been supported by some very strong and confident women, some of whom I have helped, and many of whom have expressed support for me.

Most of all, that includes my best friend and partner for life, Elizabeth. I write about politics, economics and history and not myself, and this is all I intend to say on this subject.

And to the many women who know the real me, thank you.