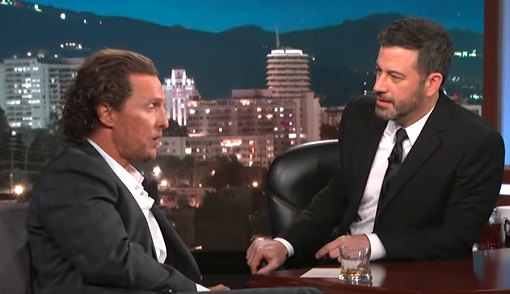 On "Jimmy Kimmel Live!" this week, the actor says he met Wershe when he was still behind bars in Michigan and they spoke for "quite a few hours."

Unlike other prisoners he has met, Wershe didn't deny being guilty. He did say Wershe thought the media made him out to be a much bigger drug trafficker than he actually was.

The convict was paroled last year in Michigan after nearly 30 years behind bars and sent to Florida to serve out a sentence for being part of a stolen car ring. His current release date is 2021.