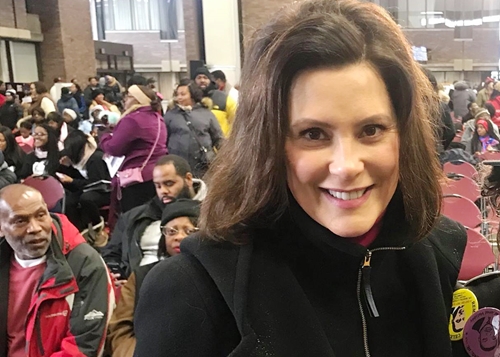 With key endorsements and recognition inside the Democratic party, gubernatorial candidate Gretchen Whitmer should be well-known by now.

But that's not the case, writes Kathleen Gray, politics reporter for the Detroit Free:

As Gretchen Whitmer tries to make the big leap to becoming Michigan's next governor, she's encountering a perplexing, and worrisome problem. She may be well-known in politically active Democratic circles, but more than half the electorate at large doesn't know who Whitmer is.

The 46-year-old East Lansing Democrat has taken the traditional route to political success  — three terms in the state House of Representatives, two in the Senate, some time in private legal practice and more as a temporary Ingham County prosecutor.

Yet a recent poll by the Lansing-based EPIC/MRA showed 54% of the 600 people surveyed earlier this month didn't recognize her name among the Democratic candidates, compared with 31% for retired businessman Shri Thanedar, who has spent a couple of million dollars on television advertising, and 47% for former Detroit health department director Abdul El-Sayed.