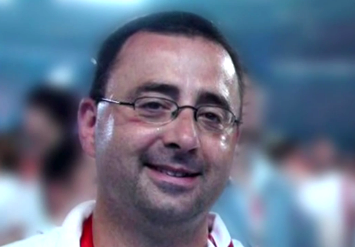 The Larry Nassar scandal triggers a flurry of action in Lansing.

The Michigan House on Thursday approved 27 bills to address failings that allowed the now-imprisoned sports doctor to sexually abuse hundreds of women and girls over two decades, writes Beth LeBlanc of The Detroit News:

Emotions were high as lawmakers debated parts of the scaled-back legislation, but the House eventually passed all of the 27 bills by wide margins. Rep. Stephanie Chang, D-Detroit, grew emotional as she defended the legislation before the full House.

"I believe that we are taking critical steps to address sexual assault and childhood sexual abuse," Chang said as she fought back tears. "And the legislation that we pass today will make a difference in the lives of countless Michiganders in the years to come."

One bill would add physical therapists, physical therapy assistants and athletic trainers to the list of mandatory reporters of sexual assault or abuse. Some lawmakers complained that coaches weren’t included in the legislation.