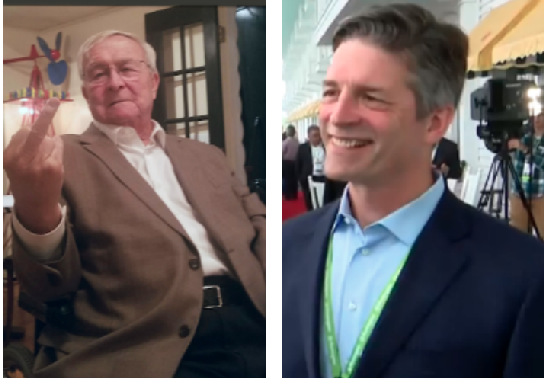 The DTE Energy monopoly is now under state investigation for continual power failure and the electrocution death of an elderly woman, Deadline Detroit has learned.

EXCLUSIVE -- Listen to Detroit Engine Co. 44  complain to dispatch about DTE and its response to arcing wires on May 4th. The woman was found dead nearby, three days later. (Listen to audio below).

EXCLUSIVE -- The power was out again across the Detroit region Wednesday and Thursday. At least one Detroit Fire Company was stuck in quarters because there was no backup power provided to open the firehouse doors. Additionally, Engine 58 at 10800 Whittier on Detroit's east side was without power Thursday.

While Metro-Detroiters were in the dark, Gerry Anderson, the CEO of the crumbling power company, was hamming it up at the annual Mackinac Island Policy Pig Trough, pitching a massive $5 billion property tax hike on homeowners for a regional transportation project.
In the meantime, Anderson's people had quietly lobbied the state to exempt the power monopoly from paying its fair share in property taxes toward the project..
Oakland County Executive L Brooks Patterson made the point last week to Deadline Detroit. Forget about transit Gerry, you've got bigger problems to deal with.