Video: After 3 Million Views, 2 Detroit Socialists Are Ready for Their Closeup 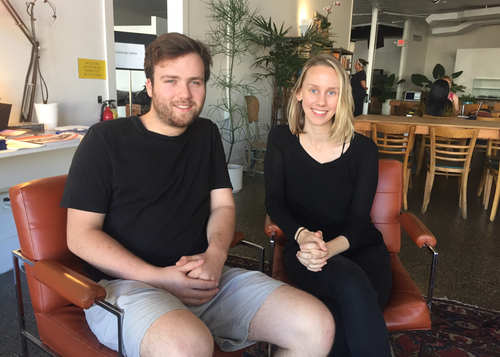 Pragmatic people may look at the victory of Alexandria Ocasio-Cortez last month in New York City’s 14th Congressional district primary as a fluke or the sort of lucky break that can happen in low-turnout elections. Naomi Burton and Nick Hayes, Detroiters and filmmakers, aren’t among them. To these two young socialists, the upset is a foothold, an opportunity. 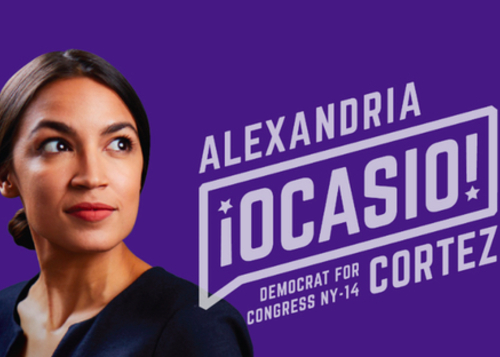 Ocasio-Cortez pulled off the upset of the summer. (Campaign photo)

Means of Production, their company, consists of just the two of them and a lot of ambition, enough to send Twitter DMs to Ocasio-Cortez this spring, after seeing a Facebook video of the 28-year-old candidate and finding her platform -- straight out of the Democratic Socialists of America/Bernie Sanders playbook -- admirable. They offered to help her with her messaging by doing a get-to-know-the-candidate video for far less than she would pay an established political consultant.

Ocasio-Cortez responded immediately, and Burton and Hayes boarded a train for New York shortly thereafter. Immigration and Customs Enforcement agents got on at three different stops, she said, checking papers of their fellow passengers. It seemed to underline the urgency of their mission – “a nice little dystopian twist,” as Burton puts it.

A two-minute video by the three of them, "The Courage to Change,” went off like a bomb, quickly gaining hundreds of thousands of views.

It shows Ocasio-Cortez doing all sorts of un-politician-y things – putting on mascara, waiting for the train – and served as both an introduction and a call to arms for voters in a race against Joe Crowley, who outspent her 5-to-1 and was thought to be unbeatable.

“After 20 years of the same representation we have to ask, who has New York been changing for?” Ocasio-Cortez says in a voiceover. “Every day gets harder for working families like mine to get by. The rent gets higher, health care covers less, and our income stays the same. It’s clear these changes haven’t been for us, and we deserve a champion.”

If this be socialism, voters said, bring on the socialism.

A Washington Post column by a veteran GOP political consultant says: “Even though she gets around to the leftist policy positions, she doesn’t sound looney, threatening or half-cocked the way Republicans want. She shares Bernie Sanders’s agenda but with a much more sensible demeanor.” 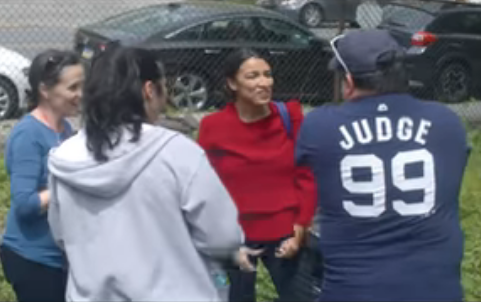 Alexandria Ocasio-Cortez in the campaign video.

Proletarian base in Southwest Detroit

This is all very pleasing to Burton and Hayes, 29 and 21 respectively, a couple in a career moment when they can not only afford to be idealistic,  but intend to be. They're young and live in modest apartments, embedded with the proletariat in Southwest Detroit.

They not only don’t soften the socialist language for their elders, raised on the Evil Empire and distant memories of the Cuban missile crisis, they call their work by its name: Propaganda.

Burton, a veteran of two international public-relations firms who did work for such capitalist outfits as General Motors, called herself “a basic neolib Democrat” until the 2016 election, a “coming-to-Jesus moment,” when it occurred to her she was working for the wrong side.

“People think capitalism is like gravity,” Hayes said. “Something that has to be taken for granted. It’s not.”

Both agree that “vicious” capitalism is at the heart of working-class woes, but the two of them, having trained among the opposition (Hayes has been making films since he was a teenager), realized they could effectively defect and use their skills in service to the other side.

They named their company after Karl Marx’s economic theory in “Das Kapital” – that workers should own the means of production that creates wealth. In Marx’s day, that might be a factory. Today, it’s a laptop, video camera and the skills to use them well.

Can't 'pretend the world's not burning'

“We want to take (our) expertise, resources and knowledge into this world with no high-end content,” Burton said. “We can’t sit around the water cooler and pretend the world’s not burning.”

As their website, which isn’t even fully built out yet, states, “The medium of film has been weaponized against working people. We are working to explore subscriber funded, cooperatively owned, anti-misogynistic, anti-racist, working class entertainment with the goal of building a more egalitarian, democratic, utopian society.”

The phone began ringing the day after the Ocasio-Cortez upset and hasn’t stopped. Besides the media attention, the two have gotten multiple inquiries by individual candidates looking to duplicate Ocasio-Cortez’ upset, but they’re not naming names. And they don’t want to change what they set out to do when they formed Means of Production – not to be merely hired hands, but creative partners in crafting messaging, er, propaganda.

Outside of political candidates, they’re working with labor unions and nonprofits dedicated to improving the lives of working people.

“You don’t win elections by pandering, but by communicating a bold vision to non-voters, to people who haven’t been engaged in the past,” Burton said. “The socialist bread-and-butter is speaking to working-class people, offering a more humane alternative. In a moral and wealthy society, no one should be poor.”