LeDuff: In Detroit, Is Dirt Money in Disguise?

Author's note: This open letter is between me and Johnny (Federal) Lawman who has been raking through the city's demolition program, prospecting for corruption.

It's dry, dirty stuff, dear reader. For those uninterested in the minutiae of municipal hanky-panky, it is recommended that you skip this letter altogether and return to the televised Trump-Omarosa dung toss.

Please hurry. There are lots of funny deals going down in Detroit and there isn't much more a guy like me can do or say about it. After all, my media career is "deteriorating badly," as the mayor's chief pillow fluffer so savagely put it.

Ouch! But it's true, Johnny: I've been reduced to physical labor, using both sides of the Charmin and selling my plasma to the highest bidder.

But I digress. It's the demolition dirt again, Johnny. It's gotten so expensive you'd think the stuff was laced with gold particles. Do you know where the dirt is actually coming from? After all, you took the paperwork when you raided the mayor's Land Bank 20 months ago.

But I don't think you've put 2 and 2 together. People I've talked with said you haven't called. You should. I don't know if what's going on is criminal, but it sure looks bad. Let me explain.

The U.S. Treasury sent more than a quarter billion dollars to Detroit to help us tear down our spectacular blight: rotted houses where murderers burn their victims' corpses and junkies turn themselves into pin cushions.

When the first money got here, the mayor and his boys said they wanted to use the free dirt from the I-96 freeway job to fill the holes where the rotten houses used to stand. That was supposed to save us a lot of the federal money. 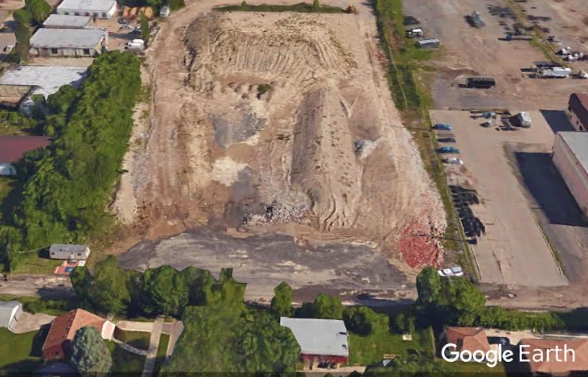 Exhibit B: Temporary yard where I-96 dirt was stored.

But then the mayor and his boys decided we couldn't use the dirt from the freeway because it contained too much salt residue from winters past.

And so, the mayor and his boys allowed contractors to find their own dirt. And then he gave demo contractors permission to charge exorbitant prices back to you, Johnny.  That's why the price of demolitions doubled since Duggan took office. At least, that's what Hizzoner keeps telling anyone who'll listen. Good dirt is expensive. Nice dirt is expensive to chauffer around. (Watch this video)

But what if I told you, Johnny, that the state of Michigan says the freeway dirt was not contaminated with high levels of salt? What if I told you that moonscape of dirt removed from the freeway was tested and found to have no hazardous materials and "standard levels" of  chloride (salt), according to the Michigan Department of Transportation? What if I told you that mountain of dirt was taken to other cities for development projects? What other cities, Johnny? Livonia and Northville Township. Not exactly your Calcutta-type ghettos.

"It was tested for heavy metals and Northville required chloride testing. It came back at standard levels," said Diane Cross, a spokeswoman with MDOT.

The contractor in charge of the I-96 job was even willing to truck the soil to the demolition holes for free, I'm told, thus doing away with the "trucking costs."

Did the city intentionally create a dirt shortage so connected contractors could feed at your trough, Johnny? I don't want to get in the middle of battling bureaucracies, or mediate laboratory tests. That's your job. They're slippery around here.

But remember, Johnny: the city got caught by the state paying the contractors extra for the dirt, and the city had to pay back $4 million to the state, which was supposed to be minding the Treasury's money -- but wasn't doing a very good job of it.

Then the state turned around and gave the money back to the city! And no contractor has had to return any money to anybody. It should be noted, Johnny, those guys are pals and contributors to the mayor.

David Manardo, the mayor's right hand man, who was in charge then and remains in charge of the demolition project now, did not respond to my requests for an interview, Johnny. But you've got his number . . . his address . . . his emails . . . and his deposition. Give him a call. Give MDOT a call. Give the paving contractor a call. They haven't heard from you.

So where did the demo contractors eventually find the super-expensive stardust that eventually made its way into the holes of Detroit City? According to the analysis by Michael Koscielniak, a PhD candidate at the University of Michigan who has been tracking the dirt for nearly four years with a data base the city seems to have unintentionally given to him, at least some of the stardust came from the I-96 job!

Yep, at least 70 holes were filled with soil from a temporary storage yard filled with I-96 dirt, according to his analysis and an interview with the yard's owner. One particular contractor charged $3,750 for each and every hole, each and every time, Johnny. Weird.

And salt, Johnny. Why worry about salt when the city now allows concrete and brick from the demo jobs to be ground-up and thrown back into the holes, thus double charging you for hauling it away, and then hauling it back and charging you for "clean" fill.

And the rest of the dirt? Where is it coming from?

Who knows? Contractors work on a sort of self-reporting honor system. According to the city's own data (the first year's numbers are missing) contractors continue to claim they get nice, clean dirt from residential sites where new houses are being built or cement pools are being dug. But when I drove to some of these "residential" sites, Johnny, they turned out to be trucking yards, abandoned industrial lots, houses where no swimming pools were being dug. We're talking 13,000 demolitions  here, Johnny.

"I've been sitting on this porch for 50 years," said a guy named Ed, who lives next to one of these "residential" sites on the north side of the city where enough dirt to fill 12 basements was supposedly excavated. "Believe me, no truck full of dirt ever came out of there."

Who knows, Johnny? At these prices, maybe the contractors are mining moon cheese. We need you here to straighten this out. 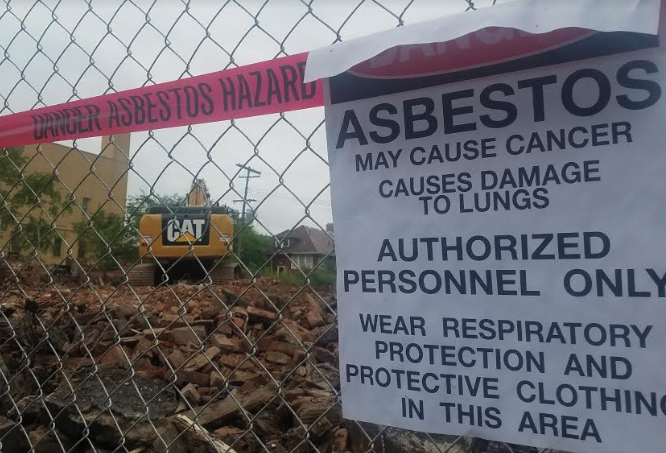 Back to our PhD candidate about the funny addresses: "What's significant is the listed address of these piles is not the actual source of the material," Koscielniak said. "The fact they reported that the address as the 'origin' suggests dishonesty. When you combine those ordinary, everyday forms of dishonesty with what we know about the other sites, its starts to look like sleight of hand functioning at a systemic level."

In other words: is it possible to launder dirt, Johnny? Are the children of the city safe or is there another potential health crisis like there was with the flying demolition dust and asbestos? Are we being rooked or am I barking down the wrong hole, Johnny?

Let me know your plans. If you need a lift from the airport, I can be there, but you're going to have to pay for gas. You know, my deteriorating career and all.

P.S. Don't forget to call those people. They're expecting you.

P.P.S. Looks like the highest bidders are getting the jobs again.

P.P.S. We still believe in you, Johnny.