LeDuff: Neighbors Turn on Gilchrist - 'You Do Us Like That?' Late Taxes. Blight

The Deuce should do himself a favor and hand back the keys to his house of hell. 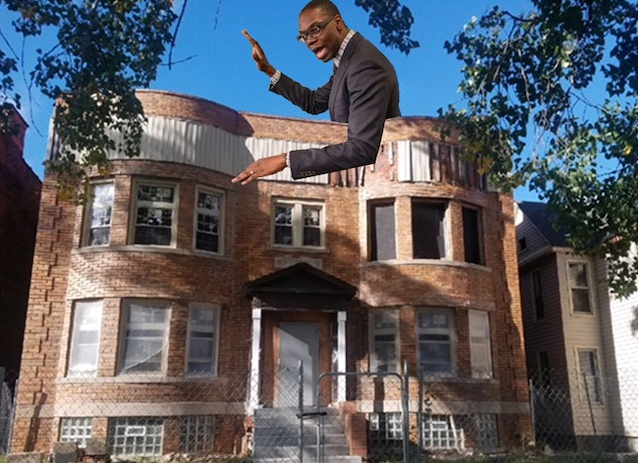 Garlin Gilchrist II was picked by Gretchen Whitmer as her running mate for governor to lend some Detroit credibility to the Democratic ticket. But Gilchrist II, 35, has little cred in a neighborhood where his presence is marked by a blighted, partially-boarded investment property that he can't find the financing to fix. He has become a punchline.

"If he do his property like that, imagine what he's gonna do when he gets his position?" said Lamarr Acuff, a lifelong resident of the North End neighborhood. "You do us like that? No."

And the more you look, the worse things look for the young Gilchrist II, politically unknown and untested until Whitmer naively anointed him on the advice of someone who needs to be fired.

No offense. It's politics.

The Deuce's dump will continue to haunt him if Whitmer is elected to the highchair. How in the world can he ever come up with the money to finish the project without the stinking vapors of cronyism sticking to him? The lieutenant governor's job. after all, only pays $111,000 a year.

Just look at the headlines now. The Detroit News found that Gilchrist II has a history of tax delinquency on the property and only made the latest late payment following Deadline Detroit's report on the state of his speculative property in the North End.

Now comes this: It appears that Gilchrist II did not get permits for some of the work he claims he's done on the 8-unit apartment building, according to sources at the Building Department. That's a no-no. 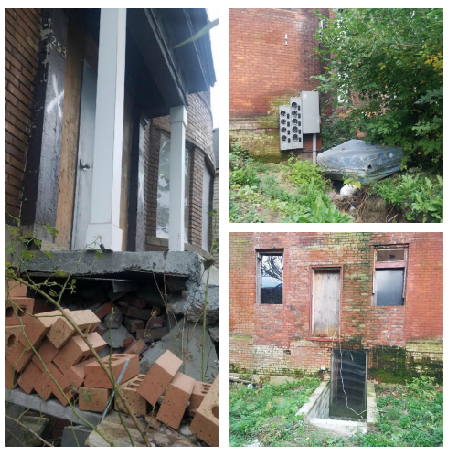 The home at 253 Marston St. before the clean up this past weekend.

That work, allegedly includes the raising of the foundation eight inches and the tearing out of the interior walls, if a statement from Gilchrist II is to be believed.

Update: He did get a permit for electrical work and plumbling in 2016 and the campaign has now provided  copies of those permits along with a statement from the Land Bank:

"Mr. Gilchrist has met the terms of Monday’s deadline by clearing the front yard of debris and securing the building. Mr. Gilchrist will be expected to keep the property maintained and secure, and the Detroit Land Bank Authority will continue to work with him to see the project through to completion."

But the city rejected his application to remodel and restore the property, and asked him to resubmit it, according to sources in the Buildings, Safety and Environmental Department, and yet the Land Bank let him keep the building when its rules say the building had to be up to code within six months. It has been 25 months since he bought it.

Deuce told me last week that he's had trouble getting financing for the building. But in a confusing twist of double-speak, Land Bank officials say they have not taken the house away because it had "direct contact with lenders who provided evidence that financing was forthcoming."

Sadly, that financing seems never to have forthcome. No one in the Whitmer camp will explain.

I asked Zack Pohl, communications director for the Whitmer campaign, if he would release Gilchrist's property records in the interest of the voter's right to know. Pohl said he'd get back with me. Eventually he called an editor at Deadline Detroit after publication of my column.

Gilchrist never bothered to return my calls. This from the guy who's "going to get things done."

'Not Living Up to Their End' 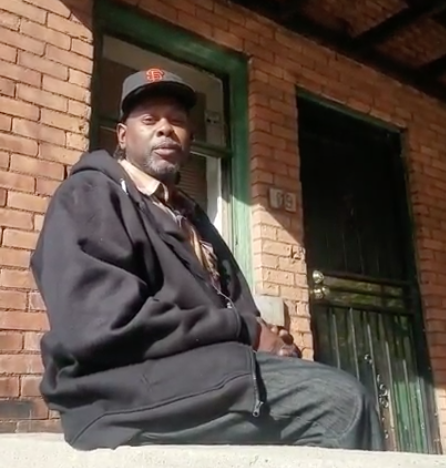 Deuce is connected to City Hall. He worked for Mayor Mike Duggan, who is the subject along with former Lank Bank and Building Authority officials of a long-running criminal corruption probe by the federal authorities. Gilchrist II has not been implicated in that probe.

But the connection is not lost on the citizens of the North End. "People in authority are not living up to their end," said Carl Ragland, who lives a block north of the Gilchrist II Blight.

Ragland was denied the purchase of the vacant lot next to his home because a connected developer managed to get her hands on it. Same with his brother across the street and his adjacent lot. "If they want something, then they come down on you with the letter of the law. But then you see with this guy, the law doesn't apply to them."

Gilchrist II was given until Monday, end of business, to make the needed repairs, lest the Land Bank snatch the property away for him. As of Monday at the end of business, there were still boards in the windows and no back door.

Enough of the special treatment. Just return the keys, Deuce. Or sell the property and donate the money for a park...in Farmington.