LeDuff: Motor City Confidential -- The Real News, Here and No Place Else

The Motor City did not burn on Devil's Night, not much. Thank you, residents and first responders and those who prayed for rain.

But it doesn't solve the real problem of a lack of manpower in public safety. On Devil's Night, a corpse was lit on fire in a field on 23rd Street, about two blocks from I-96 and Buchanan on Detroit's west side. The Fire Department responded with its newly created Code 2 dispatch: no lights, no sirens, no speeding, obey all traffic lights. Under Code 2, fewer responders are required to go to scenes and those runs are not recorded as Code 1 emergencies, thus lowering response times with statistical magic, fire union officials claim. 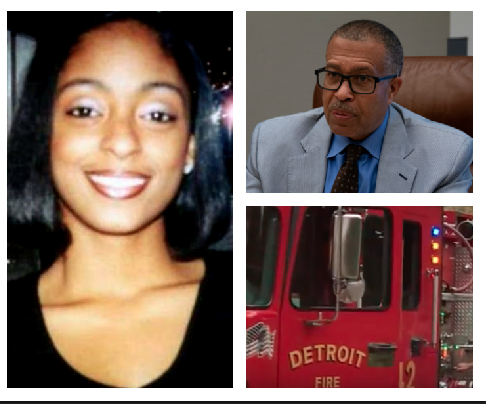 Who knows? Maybe dispatchers thought the burning body was a pile of smoking leaves. I hope the burning human wasn't alive waiting for the fire brigade to arrive.

On Devil's Night, two people were shot -- one dead -- passing out campaign literature on the city's east side, while cops were passing out candy at the precinct houses.

Apparently a couple of court cases are stuck in the thicket because Detroit police officers with a history of false statements and falsifying reports were key figures in those cases. That's a no-no, according to federal case law. Lying cops are not allowed to testify, making them useless as cops. There are at least 100 and perhaps as many as 200 on the force, sources say.

What the cops are still doing on the job is anyone's guess. Craig writes it will no longer be tolerated. So there's that.

The chief himself made statements to the public, more than a month ago, that a man leveled a firearm at the cops during a house raid in search of another man, who was suspected of murdering a 5-year-old. Police shot him dead.

Investigators tell me the internal story is that police commandos threw a flash-bang grenade into the living room window to stun the house's occupants. A man on the couch -- not the suspect -- pretended to sleep through it, if you can believe that. When commandos battered down the door, he continued to fake sleep, if you can believe that. They told him to get up. Eventually he did, leveling an AR-15 pistol at the commandos. That's when police shot him dead. If this is true, then the chief should release the body cam video he says he saw. The chief told the public that the video does not clearly show the man pointing the gun at officers. The video should, however, show the lag time between the breaching of the door and the extinguishing of the man's life.

The murder of Tamara "Strawberry" Greene has become the stuff of Detroit legend, a whodunit of sex and politics and power. The most incredible plot was a simple one: she is said to have danced at a party at the mayor's mansion and was executed on the orders of Kwame Kilpatrick because she knew the names and proclivities of the powerful attendees.

And now, an anonymous donor has offered $100,000 for new information leading to the arrest of her killer, says Crime Stoppers. No name or motivation was offered at a press conference Wednesday.

Maybe they should start by looking for the missing arrest warrant in Strawberry's murder that was written in 2009 against a convicted drug dealer who is currently residing in the state penitentiary for attempted murder.

The feds will be back, we're told, just in time for the holidays. Federal agents and assistant U.S. attorneys will be finalizing details and getting statements straight in the ongoing corruption investigation into the city's demolition program.

Deadline Detroit has obtained internal city memos showing that not only were the mayor's people inside the Land Bank and Building Authority aware of fraudulent billings and price gouging of federal dollars by demolition contractors, the city officials instructed the contractors on how to do it. 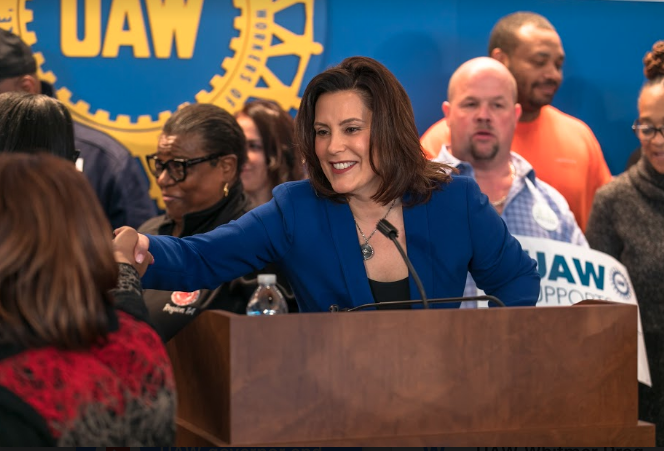 Already roasted by running mate Garland Gilchrist's II Land Bank ghetto house, gubernatorial front runner Gretchen Whitmer should be careful with whom she dances should she win the high chair come Tuesday. Deadline Detroit has been told her camp is in negotiations with City Hall to fill the position of chief of staff. A statement from the Whitmer camp neither confirmed nor denied the negotiations, saying: "She has not interviewed anyone for potential roles in her administration, and no job offers have been made."

If you haven't listened to true crime podcast, "Crimetown," we suggest you do so.

This season it's all about Detroit and its packed with never heard stories of the city's heroin trade, Young Boys Incorporated (aka YBI) and Coleman Young. Interviews with Kwame Kilpatrick from the federal penitentiary said to be coming soon. Available only on the Spotify app.