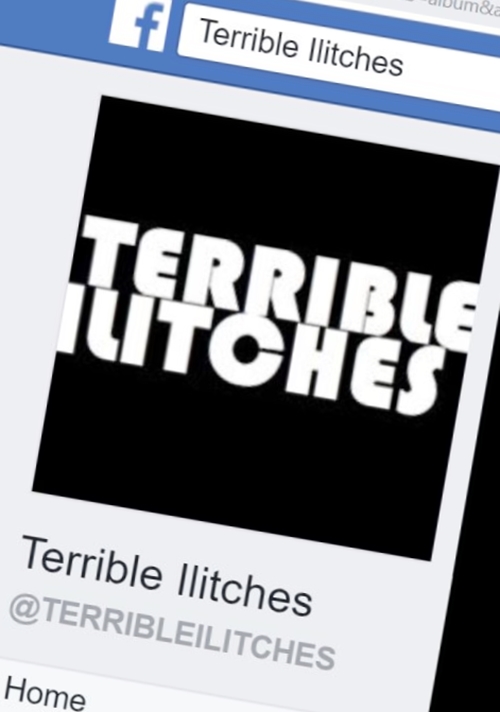 The author, who prefers to remain anonymous, agreed to a Q&A email interview with Deadline Detroit.  Answers are edited for clarity and brevity.

What prompted you to start the Terrible Ilitches page, and what if anything do you hope to achieve?

Watching the media fail to do their job over and over again is what ultimately prompted me to start the site. I try to stick to fact-based posts, or even something as simple as digging up an article from five years ago showing that the Ilitches already announced a certain development that they are issuing press releases about again.

What would baffle me is why the local media wouldn't call them out on that. That the Ilitches could get free PR via the local media by announcing the same projects over and over again and not one journalist would bother to say: "Hey wait a minute, didn't you already announce this and why hasn't it already moved forward?"

I wanted to provide a counterpoint to the rubber stamping of Ilitch press releases that were being issued in the media without any sort of check.

And in 2018, as they asked MDOT to pay for a pedestrian bridge to cover I-75 to connect their two stadiums. The same rendering has been issued over and over since 1994. And in each case the city or state or DDA or whoever give the Ilitches what they want, but the Ilitches never follow through on the promised spinoff development.

You have been on a tear lately about “the District,” the promised zone around LCA that was supposed to bloom with prosperity once the arena was done and established. It’s been a year since the arena opened, and what do we see?

I have been on a tear about the "District" for years. What the Ilitches sold the city and the public on was this five-neighborhood District that would emerge surrounding the heavily subsidized arena. They would get some $326 million in public subsidies and it would attract residential developments, shops and restaurants. Their renderings of everything that would emerge surrounding the arena were widely publicized.

But what we have seen instead, over the past few years, is that the property surrounding the arena has been slowly cleared for parking lots. And if the Ilitches own all the land surrounding the arena, and all they do is build parking lots, where is the spinoff development supposed to go? So it’s become clear that whatever fancy renderings of a high-density, mixed-use neighborhood that would emerge around the arena are not going to happen.

What prompted the more recent tear about "the District" was that all reference to these neighborhoods has completely vanished from the Ilitch website. Gone are references to Columbia Park, Cass Village Park, Wildcat Corners, Woodward Squares, Columbia Street. These neighborhoods were the cornerstone of winning over the public and city to contribute hundreds of millions on public subsidies to build their arena, and now all reference to this has been removed from the Ilitches’ District Detroit website.

It's not very expensive to put up a parking lot – all you need is a fence, pavement and a pay station. Maybe the Ilitches aren't thinking of these lots as permanent, but as placeholders until they can make more deals for buildings.

It's also not very expensive to mothball a building, to secure it until you are ready to develop it. The Ilitches haven't done any of this on their own. Not until they were issued blight tickets, not until Detroit hosted the Super Bowl and there was public scrutiny.

Grand Circus Park is a perfect example. The Tuller Hotel and Statler were demolished.  At some point the Kales, the David Whitney, the Opera House, that Tudor Cheli's Chilli and a few other buildings were all empty. So we have in one location a few empty lots where buildings were demolished to prime them for development, and a bunch of empty buildings that were in various states of decay.

Was it the demolished lots that were redeveloped first? No, every single abandoned building surrounding GCP was developed before any of the empty lots. Because it’s often cheaper, the buildings are more architecturally interesting, they are unique and people want to be in them.

And we’ve seen this before, right? At other Ilitch developments?

What they have done with LCA is almost exactly what they did with Comerica Park. In the case of Comerica Park, Emmett Moten, who worked for the City of Detroit Planning and Development , was later hired by the Ilitches.

In the case of LCA, George Jackson of the Detroit Economic Growth Corp. was the chief negotiator for the new arena. Once the arena deal was done, he was almost immediately hired by the Ilitches. Jackson was hired as a consultant for residential development. Exactly no residential units have broken ground in the Ilitches' District Detroit since he was hired.

Why do you suppose the city and the media fall for this pitch over and over? 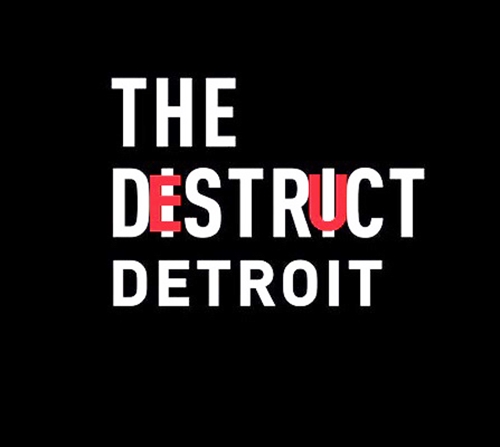 As previously mentioned, individuals can be rewarded with jobs working for the Ilitches.

But not everyone working in the city is an Emmett Moten or George Jackson. Some just like the positive media that comes with a new stadium or jobs or all the development that will follow.

City Council and the mayor’s office are four-year positions. By the time anyone who approved tax credits or funding for a new stadium can realize they've been duped, there's a new city council, but the Ilitches are still there ready for the next crop of city leaders with promises of jobs, spinoff development, low-income housing, or whatever buzzword they need to get what they want.

As far as the media goes, I think the nature of media has changed over the years. I don't work in the media but I assume budgets are smaller, staffing is thinner, and doing in-depth investigative journalism is becoming rarer and rarer. Reposting an Ilitch press release requires barely any effort; researching the parallels between the arena and stadium require a bit more resources.

I also think writing critical pieces about your advertiser is probably not a good business move.

People are getting their news less from printed newspapers, and more from social media. What Terrible Ilitches attempts to do is just rattle off a series of individual terrible things, which over time paints a picture. Rather than asking the reader to sit down with a newspaper and learn 30 years of terrible things the Ilitches have done, it breaks it down into smaller posts, little appetizers rather than asking the reader to eat it all at once. Because if you ate all the awful things they've done at once you'd get a belly ache.

Talk about some of the things you see in Ilitch “development” properties around Midtown. You point out how they tend to paint buildings all one color -- and a bad color, usually -- and then let it sit, as a big eyesore, for years. 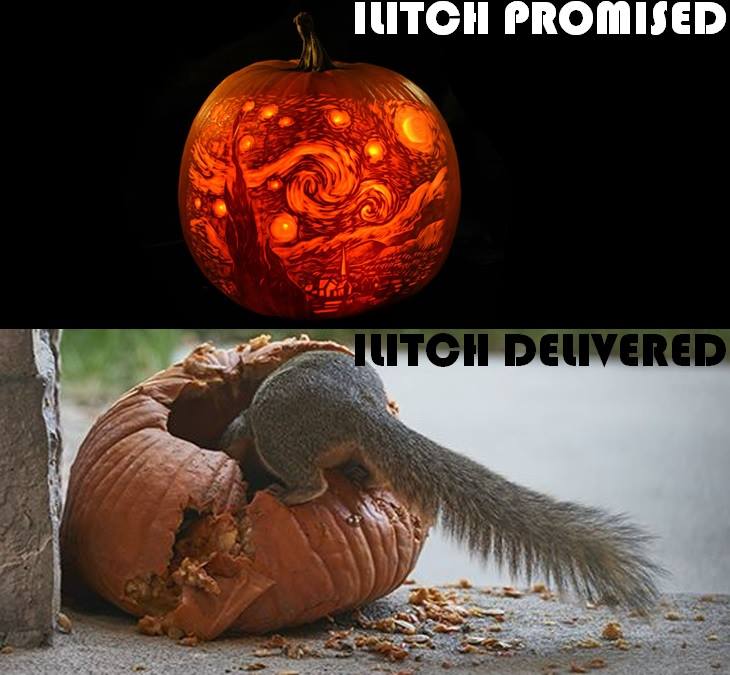 Midtown is a perfect example of what happens when Ilitches don't own property in an area. I think the whole Cass Corridor of the 1990s is a good starting point. It was all blighted, emptied out, unsafe, dirty. There was no Midtown – it was all the Cass Corridor from downtown up to I-94.

So we have a stretch of Detroit in the 1990's that evolved into downtown, lower Cass Corridor and Midtown. And they evolved in different ways because of different approaches. Midtown emerged with the help of Midtown Detroit Inc. and Sue Mosey pushing to redevelop buildings into lofts. Downtown’s revival really hit its stride when Dan Gilbert started buying properties and actually redeveloping them.

And stuck between Midtown and Downtown was the lower Cass Corridor, which seemed immune from this revival to the north in Midtown and to the south in Downtown. And that's kind of odd when you saw what was happening all around.

But what we now know is that the Ilitches were quietly buying properties in this area under various LLC names. Starting as far back as the 90's, the Ilitches would buy a property, do nothing to it or in some instances remove the windows completely and let it deteriorate. Imagine being a neighbor to a property that was left wide open to the elements and squatters or drug dealers. This would drive down property values, drive out businesses and residents, and the Ilitches would scoop up more properties. For decades, the Ilitches did this as they tried to accumulate properties to build their arena.

Chris Ilitch even admitted this to the media.

"It’s been painful to not be able to develop some of that property because every time we made a move, the price for other property would shoot way up,” Christopher Ilitch, CEO of Ilitch Holdings, confessed in a 2014 interview with The Detroit News. “But we had to wait and that hurt. It took us 15 years to accumulate the property so we can achieve this transformative project,” Ilitch said, referring to Little Caesars Arena.

So when people look at the Ilitches as some sort of saviors who saved a blighted area of Detroit, what they are missing is that the Ilitches manufactured that blight over decades. 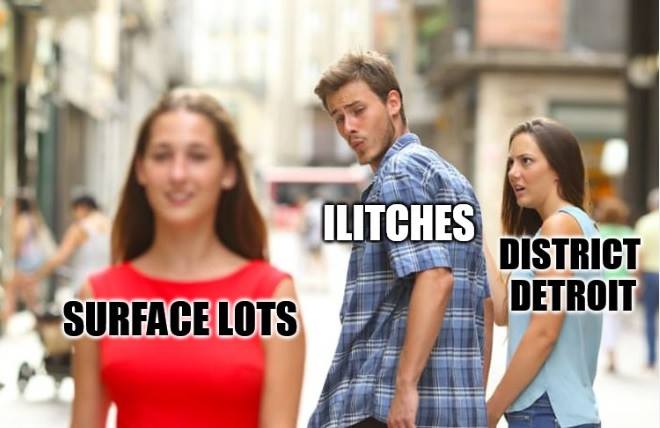 When Mike Ilitch died last year, he was lauded as one of the billionaire saviors of Detroit. Where do you part from that picture?

I think you already know where I part from the idea of Mike Ilitch being a savior of Detroit. He milked Detroit for everything it’s worth. I could go on and on about how he did that, or you could just scroll every post in the Terrible Ilitches Facebook page.

Are you getting any feedback on the Facebook page? Do you get the sense anyone in the Olympia organization is reading?

I'm actually surprised at how little pushback I've received. Not just from the Ilitches but from their legions of supporters. But I think that's because I try to operate in facts and let the reader draw their own conclusion.

Or when they'll make an announcement to redevelop something, I'll post articles of when they made the same redevelopment promises; it's hard to argue with that. So I try to just post historical context and information so that the read can draw their own conclusion, and it's most likely that the Ilitches are terrible.

I think among a lot of people there is a sentiment that they don't like the Ilitches, but maybe they don't know why. Their uncle might say at the dinner table that the Ilitches are saving Detroit and someone might not agree but may not have the information at the tip of their tongue. What I'm trying to do is provide those people with those counterpoints.

A typical Ilitch supporter goes to a baseball game and then leaves Detroit. They don't see the millions in public funding, they don't see that the blighted properties on their drive home are actually Ilitch-owned, they don't see the follow through with an Ilitch development in the news that doesn't happen. So providing people with this information in an easily digested format, I think helps arm people to counter point those that want to praise the Ilitches as Detroit saviors.

There are three culprits – the Ilitches, people in the government and the media. Terrible Ilitches aims to expose all of them.