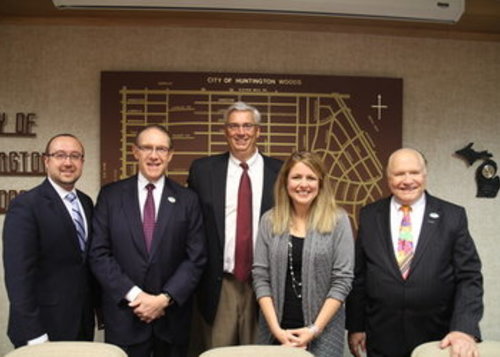 A Huntington Woods commissioner has resigned after reportedly joining an anti-gay group in trying to shut down a library series in which drag queens read to children.

Commissioner Allison Iversen said she planned to bring up her opposition to Drag Quee Story Time at the commission's meeting Tuesday, after an out-of-state anti-LGBTQ group, MassResistance, reportedly whipped up controversy over the program with an email and phone campaign targeting city and library officials. Instead, Iversen tendered her resignation early. She had planned to resign later this year because she's moving to Lake Orion.

Michigan Radio reports people who spoke at the Tuesday meeting were overwhelmingly supportive of the story program.

Azriel Apap is a senior at Berkley High.  He says he came out as a trans boy at age 13.

"The idea that children exposed to other ways of life are somehow at danger or at risk for sexual victimization is completely and utterly false." Angie Povilaitis, former Michigan assistant attorney general
"I wonder if it would have been easier, if, when I was younger, I had an opportunity to attend something like Drag Queen Storytime," he said.  "When I came out, I was so scared, I was so depressed. I was admitted to a hospital for being suicidal. I wonder if I could have realized sooner, if I could have had more of my childhood to be myself."

Four people at the meeting spoke out against Drag Queen Storytime, but only one was a city resident. One man said he was a Stockbridge resident and a friend of MassResistence, the anti-gay group contacted by Iverson. His remarks about the dangers to children from "sexual ideologues" drew angry protests from some in the crowd. 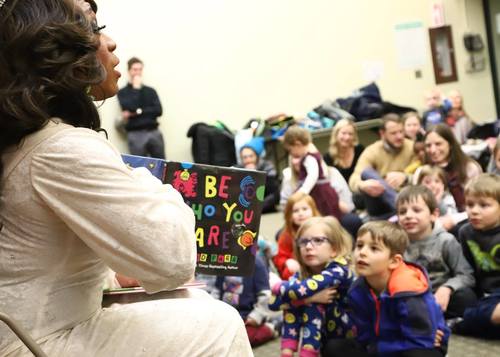 Huntington Woods City Manager Amy Sullivan told Michigan Radio in a previous story that she has never been contacted with a complaint about the program from a city resident.

The campaign against the storytelling hour had reportedly characterized it as "adult, perverse entertainment."

Iversen, who has opposed the program since 2017, recently told the Free Press, "It may be cheapening the sensitive nature of this issue by trying to push this idea that this is something is completely natural." Children, she told the daily, "are very naive and gullible at this age ... it seems like the wrong way to teach this kind of acceptance."

I just wanted to give praise to our city commissioners, Joe Rozell, Jules Olsman, Jeff Jenks, Mayor Bob Paul and City Manager, Amy Sullivan. The agenda last night didn't even start until 9:30pm due to the overwhelming amount of public comments, supporting our brothers and sisters in our LGBTQ community. Two hours of public commenting and of the (five?) individuals who spoke negatively, only one of them is from the actual neighborhood. I have never been more proud to be a resident of Huntington Woods and my wish, along with SO many other residents, is that Drag Queen Story Time is just a starting off point. The path to acceptance, tolerance and enlightenment is a journey, not a destination. Lastly, to my friends and neighbors who spoke so bravely and eloquently last night; Jeffrey Nolish, Chris Davidson, Ellie Mosko, Ann Fancy, Ben Falik, Richard Feldman, Lenny Newman (sorry if I missed anyone) ...we salute you! It's an honor to be....as one resident so fervently stated last night...a fellow "co-conspirator against hate"