Retail shop Detroit Mercantile Co. is leaving Eastern Market for Midtown with a new concept and possibly a new name.

The shop at 3434 Russell will relocate to a smaller space at Martin Luther King Jr. Blvd and Cass Avenue where it will provide a more "updated" and "curated" retail experience, said a person affiliated with the store who spoke on condition their name not be used. It will likely reopen this spring. 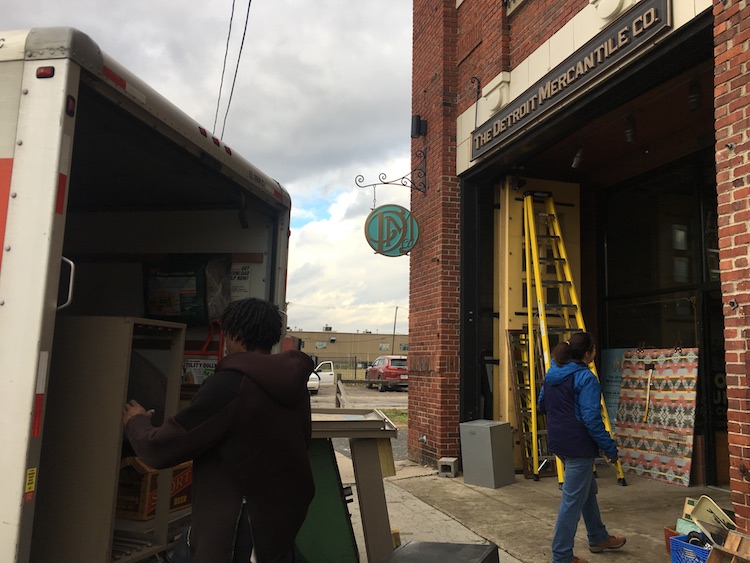 The shop may reopen under a new name.

The possible rebrand comes after the owner of Detroit Mercantile Co., Robert Stanzler, was captured on cell phone video this summer spitting in the face of a young black man who was coordinating parking for an event near the store. The incident, a public relations nightmare, prompted Carhartt to sever ties with the company and the Eastern Market Corporation to suspend it from operating a vending booth at the Saturday markets.

Detroit Mercantile's brick-and-mortar store continued to operate. There's no indication the July incident, for which Stanzler publicly expressed deep regret, has anything to do with the move.

Movers have been hauling items from Detroit Mercantile Co. for several days. The store sells American-made products, like clothes and home goods — or what its website describes as "provisions for the urban pioneer."

“He ran a good business," said Eastern Market Corporation President Dan Carmody. "Obviously the incident over the summer gave us pause for his behavior, but Detroit Mercantile is a good business for the district in terms of its product mix.”

The source associated with the store said the Midtown move will expose the shop to more foot traffic. They said a formal announcement is forthcoming.