Michigan isn't known for national parks -- not like Wyoming, anyway -- but it has a few, and like higher-profile parks elsewhere, they're closed for the duration of the government shutdown. Or rather, they're unstaffed; without gates, visitors are free to enter. But there aren't many services available. 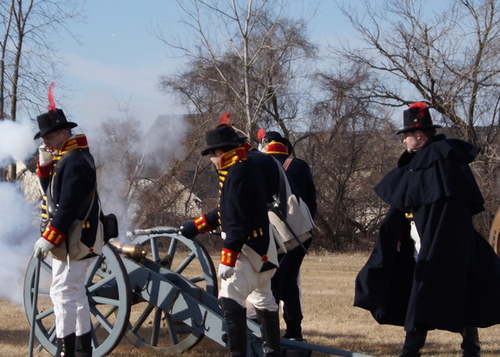 But volunteers and various "friends of" groups are doing what they can to keep the parks in decent condition, Keith Matheny of the Free Press reports.

The government stoppage has shut down one Michigan national park, Keweenaw National Historical Park in Calumet. Two other national parks in the state — Pictured Rocks National Lakeshore in Munising and Sleeping Bear Dunes National Lakeshore in Empire, can still be entered, but are virtually unstaffed, with closed visitor centers, unplowed parking lots and other amenities left wanting. Isle Royale National Park in Lake Superior is closed for the winter until April, as it typically is each year.

Volunteers are keeping the parks in the best shape they can, during this slower, winter season. But should the federal standoff linger into spring or summer, that will become impossible, they said.

The River Raisin National Battlefield Park is still the planned venue for the 206th Anniversary Commemoration of the Battle of the River Raisin in the War of 1812. It's set for Jan. 18-19. Monroe city crews are helping with trash collection there, along with the volunteers.

All of which seems to boil down to: We live in a great country full of generous people who are being failed by their national leadership. Apologies for the editorial comment there.