One With Everything: Former Lafayette Coney Island Owner George Keros dies at 87 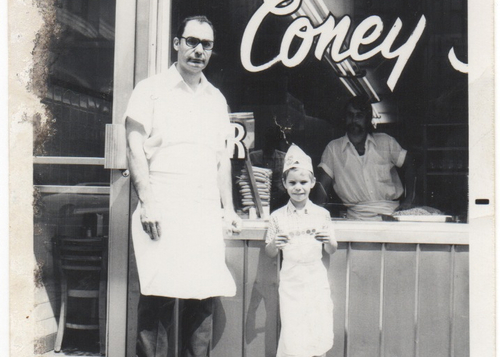 We have him to thank, at least in part, for microfiche, particleboard and the sauce he ladled over thousands of coney dogs. He knew the Shah of Iran, and leveraged the relationship into the introduction of laser-surgery technology to that country. He sold fiber-optic cable to the government of Saudi Arabia.

All while smelling of onions.

The Jan. 24 passing of George Keros, 87, in suburban Chicago, did not rob Lafayette Coney Island of its founder; that distinction goes to Keros’ father, Vasili, a Greek immigrant who settled in Detroit, where George was born. But George was the restless entrepreneur who was helping manage the place by the age of 10, who served in Korea, graduated from the University of Michigan, and directed his widely divergent interests – science, history, big-band music, international affairs – into a series of entrepreneurial ventures that were always grounded in the coney island at the corner of Lafayette and Michigan avenues in downtown Detroit. 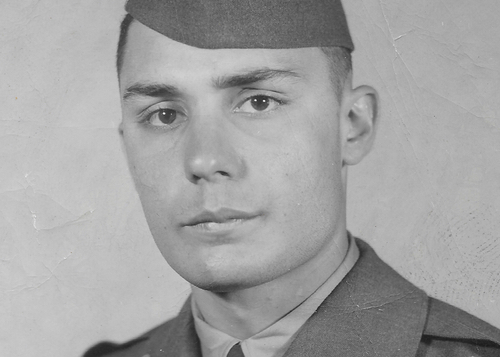 “He kept an office in the Penobscot Building,” said his son, Bill. “And he’d be over there negotiating (some business deal) while wiping mustard off his shoe.”

George Keros was in his late 30s when his father died in 1970, leaving “the Lafayette” to his son. He had a family and his various business interests, but George made room for running the restaurant.

“He never would have sold it, out of respect for his father,” Bill Keros said, adding the Lafayette provided a steady living for the family and a foundation for George to continue dabbling in entrepreneurial ventures.

Those included, his family reports, developing production capacity for "a product that would soon be known as particleboard," and providing seed funding for the development of microfiche, a document-storage system later sold to Bell and Howell.

A Detroit institution, now owned by its workers

And that he did. The Lafayette is today a Detroit institution, along with its next-door neighbor, American Coney Island, both run by members of the Keros family. (There’s a story about a family split that goes back to the generation that preceded George, which Bill says has been exaggerated.)

“He really didn’t realize the reach and fame that the Lafayette had,” Bill said of his father. “He never spent a dime in advertising. He just made it the best he could, was obsessed with cleanliness, and it took off, much to his amusement.”

George was known for his loyalty and generosity, his son said. Bill started working at the Lafayette when he was only six years old, washing dishes. There, he saw his father’s essential nature in action.

“Thousands of times, I saw the same thing: It would be cold, and a homeless guy – back then we just called them bums – would be standing outside leaning on the parking meter,” Bill said. “He’d tell me to invite him in, and give him a hot dog and cup of coffee.

“If someone really needed something, he’d step up.”

That generosity showed up in a big way when, in 1991, George transferred ownership of the business to its employees, “without them paying a penny for it,” Bill said.

Bill said he father should be known as “a lifelong Detroiter, with great affection for the city and the people who made the Lafayette successful. He’d want to be remembered as scrupulously scrupulous. Honest to a fault, no matter what it cost. And loyal to his family.”

The lifelong Detroiter did spend significant time away from it, however. In 1985, Bill said, his father “decided to go cow-tipping,” and moved the family to Hopkinton, N.H., near Concord. It was there that his wife, Mary, died and was buried, and where George will also be interred.

Until almost the end of his life, George was active and healthy, hiking in Rocky Mountain National Park last summer, “at 12,000 feet, without breaking a sweat or huffing,” his son said. Sudden-onset congestive heart failure struck in the fall and, “he didn’t suffer long.”

Besides his son Bill, George Keros is survived by another son, Steven, daughters Leslie and Sandra, and five grandchildren. Funeral arrangements are by Lynch & Sons, Clawson.