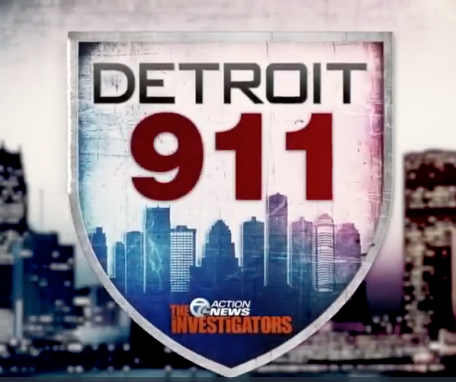 An investigation by WXYZ's Ross Jones provides more evidence that Detroiters too often get screwed and wait far too long when they call police in a crisis.

Jones' reports on his station's site:

At a time when the city touts the fastest response time to 911 calls in well more than a decade — 12 minutes for priority one calls — thousands of the most urgent calls to police each year still leave victims waiting 30 minutes or more for help. Hundreds wait longer than an hour.

A 7 Action News investigation reveals that, over a 20-month period, 650 priority one calls took more than 60 minutes to receive a response. The calls include reports of active shootings, rapes in progress, felonious assaults, armed robberies, armed attacks from the mentally ill and suicides in progress.

In 2018, police averaged nearly 40 minutes to respond to priority one and two calls, the most urgent crimes, from burglaries and armed robberies to homicides and kidnappings, according to nearly 1 million official police dispatch records for the past two years obtained and analyzed by Motor City Muckraker and Deadline Detroit.

That makes Detroit one of the slowest police departments in the country, according to a study by Safe Smart Living, and it’s getting slower. A computer analysis of the records shows police are taking longer to respond to priority one calls, which are for the most violent and urgent crimes. In 2018, the average response times for priority one calls increased to 14 minutes and 18 seconds, up from the previous year’s 13 minutes and 12 seconds.