The Story in her Eyes: Jessica Starr’s Suicide Blamed on Vision Surgery 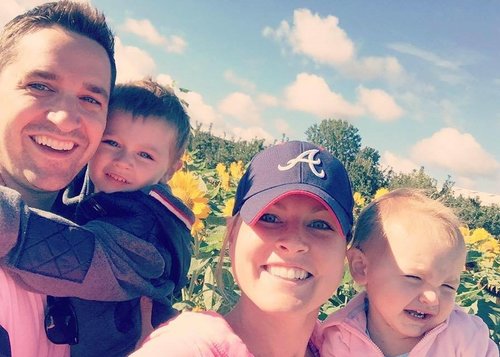 When Fox 2 meteorologist Jessica Starr took her own life last December, it was shocking on multiple levels.

What a life to take, after all. At 35, Starr had seemingly been dealt a winning hand, with a successful career, loving husband and two small children, natural beauty and a winning on-screen presence. Clowning with the other pretty people on the Fox 2 set, she was the personification of why TV personalities have a deeper connection with audiences than the ones who give you the news in another medium. 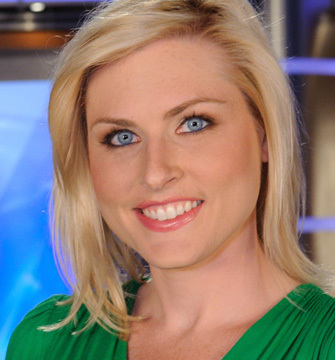 The only cloud on her horizon, at least in the public view of it, was vision-correcting Lasik surgery that was proving harder to recover from than anticipated.

Today, Starr’s family, including her husband, Daniel Rose, point to that surgery as a turning point.

In interviews this week on Fox 2 and “Good Morning America,” Rose and Jessica's mother, Carol Starr, say the surgery caused a change in Jessica’s personality, due to pain, dry eye and concerns that she would never fully heal.

“I’m struggling a little bit,” Starr said in a social-media video post made a month after the surgery. But the truth seemed to be far darker. Rose said in his Fox 2 interview: “She looked at me and she said, 'Dan, it's like my eyes and my brain aren't communicating like they used to. I can't process like I used to. I'm not visualizing things like I used to.'"

Surgeons who perform surgeries like the one Starr underwent -- a form of Lasik known as SMILE (Small incision lenticule extraction) – say the procedures are safe and effective. Patient testimonials talk about vision transformed literally overnight, painlessly. For people who’ve worn glasses or contacts all their lives, particularly women whose livelihood is at least partially dependent on maintaining their appearance, as TV personalities are, it can be very tempting.

“I wore contact lenses for 23 years, and I had a really high script,” Starr said in her video. In another video, recorded a week previous and apparently not done for public consumption -- it was shared by her husband with Fox 2 -- Starr says of her recovery, “it’s been emotional.”

To Paula Cofer, it all seems very familiar.

“In my community of injured Lasik patients, we’re not surprised at all,” said Cofer in a phone interview from her home in Tampa, Fla. “This makes perfect sense to us. Because we’ve been through it.”

Cofer has maintained a website documenting Lasik complications for more than a decade. She had Lasik in 2000, an operation she deeply regrets; she hasn’t been able to drive at night since then, and has “a long list” of complications, including floaters, pain and chronic dry eyes.

Cofer said Starr’s suicide is not an isolated event.

“I know of 22 suicides,” Cofer said. “That tells me there’s 2,200. Most people are private about these things. If Jessica Starr hadn’t put that video on Facebook, would we even know?”

Dr. Sidney Gicheru, a Dallas ophthalmologist made available by the American Academy of Ophthalmology, speaks carefully about the Starr case. He only knows what he’s read in the media, he said, so he can’t talk about specifics. But Gicheru has had Lasik surgery himself, has had typical side effects, and has performed the surgery on hundreds of patients. While some have had side effects, he has never seen one commit suicide as a result. 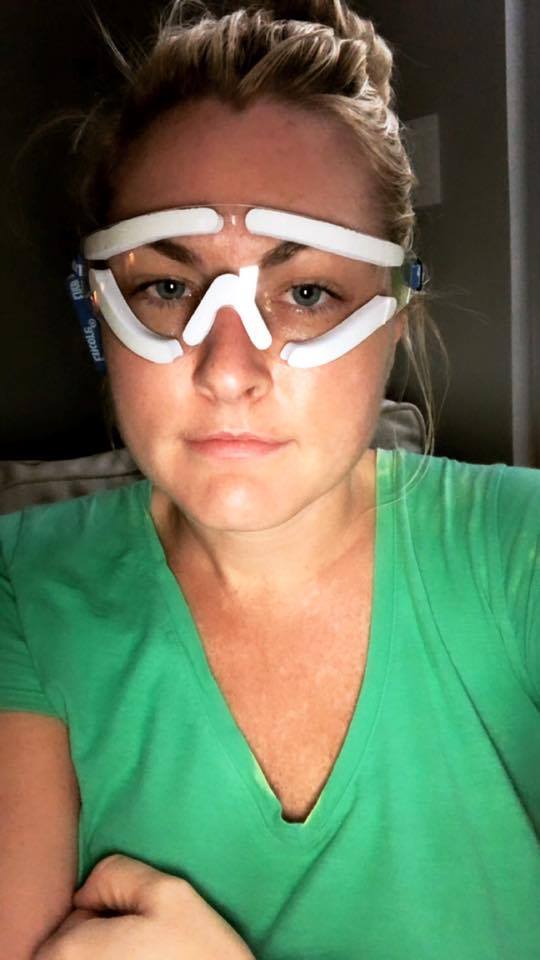 “All surgeries have risks,” Gicheru said. “As ophthalmologists, we make an effort to screen patients,” examining not only corneas, but medical and psychiatric histories. Starr’s is “a truly heartbreaking story,” he said, but “Lasik has been a critically examined procedure,” with satisfaction rates among patients of well over 95 percent.

The most common side effect, Gicheru said, is dry eye, which tends to clear up with time, although some cases can be permanent. In his own case, he ended up having tiny silicone plugs inserted in the drainage ducts for tears, which corrected his problem.

Still, he admitted, doctors need to properly prepare patients for what to expect afterward, and to have realistic expectations. Recovery is not overnight, and can take months for some patients.

Starr was two months into her own recovery when she ended her life. Rose, her husband, said she left “30 pages of notes” to loved ones, but did not reveal what was in them. He told Fox 2 that she had no history of depression, was not taking antidepressants, had “no underlying issue.”

Most people with Lasik complications do not end their own lives, obviously. But, Cofer said, because this is elective surgery, done in the hopes of giving up something as simple as eyeglasses, “the self-blame is enormous.”

Morris Waxler of Madison, Wis., has been lobbying for years for Lasik to have greater oversight by professional groups. To him, the surgery is done mainly for the sake of personal appearance, and should be treated warily.

When vanity is risky

“We all have a certain vanity. I like bright socks,” he said. It’s natural to want to look good, to throw away glasses and not have to mess with contacts. But in the end, he said, these are trivial annoyances.

“(Starr) had healthy eyes. She needed glasses or contacts,” he said. “Why would you trade glasses for cutting nerves?”

As a TV personality, and a woman, Starr had a need to keep herself attractive, Waxler said. “She was on camera. She had to look at data, look at her children. I can see her (after the surgery), saying, ‘My life is gone.’”

Former WDIV meteorologist Chuck Gaidica was Starr’s mentor over the course of one summer more than a dozen years ago, when she interned at Local 4. Now a speaker and podcaster, he is also a pastor at Oak Pointe Church in Novi, where Starr’s funeral was held. He recalls his former intern as “very bright, very casual but a very earnest learner. A person always wanting to learn and soak up everything.” He was as baffled by her suicide as anyone, he said.

Gaidica didn’t stay in touch with Starr after she moved back to the area following her smaller-market jobs. But after presiding over her funeral, and gauging the reaction among the broadcast community, he said his takeaway is this:

“Whatever caused this could happen to anybody. Pay attention to people. Mental health isn’t like tripping and breaking your wrist. I understand that keenly. Are we talking to one another? Be in the moment. Be present with people.”