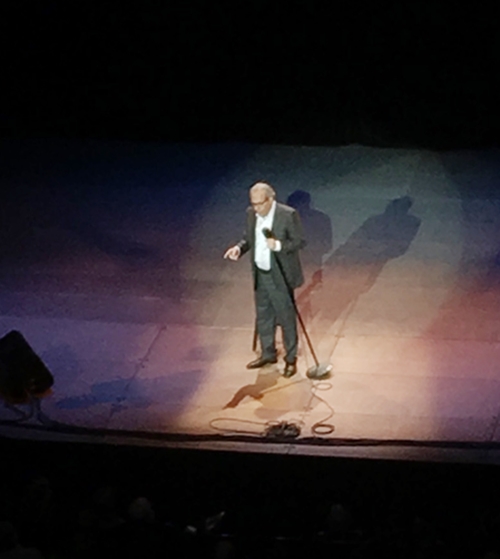 Comedian Lewis Black returned to Michigan Theater in Ann Arbor on Saturday night and recalled an appearance there more than two years ago when he was "stunned" by a confrontation during his show with an elderly couple who began swearing at him after a remark about Donald Trump.

The appearance was Sept. 16, 2016, shortly before the presidential election. Tensions were high in the country.

"I'm five minutes away from finishing my act," Black recalled at the packed venue this weekend. "I have a joke. . . . It's kind of a stupid joke . . . and I've said that for a number of people who've run for office. All sorts of people; Democrats and Republicans. And I said: 'If you voted for Donald Trump, you were going to go to hell.'"

He said a woman sitting near the stage "looked like Mrs. Butterworth" or someone who "could make a perfect Thanksgiving turkey."

"And she said after I finished: 'You're a piece of shit.'"

"I was stunned," he said, noting that he thought Ann Arbor would be the "last place on earth I thought this would happen."

The couple stood and the husband yelled to Black: "Fuck you." She again called him a "piece of shit." Some audience members shouted "fuck you" at the disruptive pair. 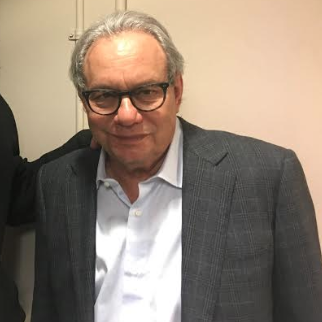 Black said he thought: "You can't say that to Mrs. Butterworth."

He recounted that security personnel stepped in when the elderly man suddenly put his hand behind his back, as if he might be reaching for a gun. Black says he didn't really think much of the move "because I'm a Jew," suggesting Jews don't really know anything about guns or a gangster-like move like that.

The couple eventually walked out. Black asked another couple with them: "What was that about?"

"They said: 'You know, they have to vote for someone," and I said: "Yeah, and they think that I spoke to God? "Will you please tell them when you get home that I don't really determine who goes to hell."

After that incident, he wondered: "Oh boy, what's going to happen tonight?"