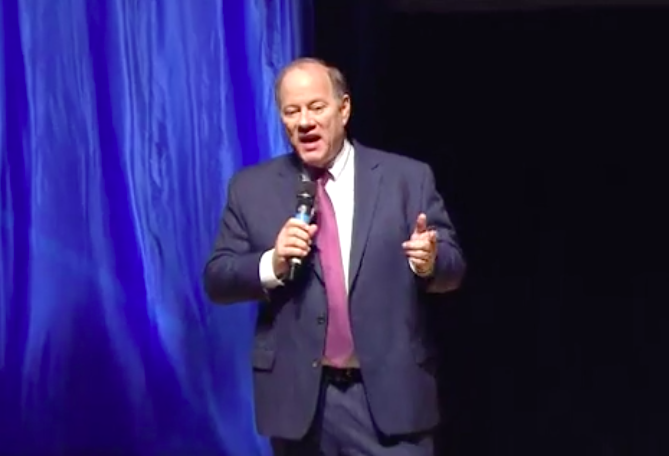 The second-term mayor laid out plans to ensure residents success in working and living in the city, including a proposal in his upcoming budget plan to be delivered Thursday that will offer $4.5 million for workforce training efforts. The mayor said he's hoping to direct other funding toward hiring two full-time attorneys to aid ex-offenders in clearing their convictions. . . .

Duggan and the Michigan Regional Council of Carpenters and Millwrights announced plans on Monday to break ground next year on a $30 million facility near Oakman Boulevard that will provide free skilled-trades training for up to 1,500 students per year while they earn wages and benefits.

Last week, the mayor teamed with Gov. Gretchen Whitmer to announce that Detroit is slated to get its first new automotive assembly plant in nearly three decades.

On public safety, Duggan said he would recommend an additional $10 million for the Detroit police department to help cover 70 new positions for the woefully understaffed department. He also laid out a goal to have 1,000 Project Green Light cameras on traffic lights by 2020. The program has been credited by the city for reducing crime, though others say those benefits are unproven.

Abandoned properties are a breeding ground for crime, and Duggan promised to have every house in the city occupied, boarded up or demolished by year end. He did not say whether he intends to seek additional money for board ups; the effort to seal tens of thousands of homes was a year behind schedule by last November.

'The State of Majority Black Detroit:' A Rebuke of Mayor Duggan's Annual Address