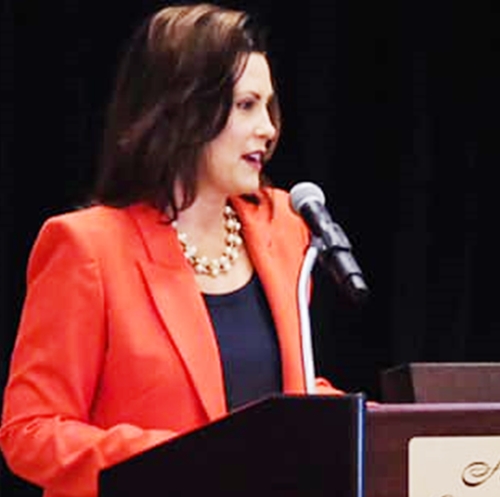 "Hiking the gas tax is the most reasonable way to deal with the undeniable infrastructure problems in Michigan and across the country," a Washington Post editorial says of her proposed 45-cent increase by 2021 to finance sorely needed roadwork.

Those who use the roads should pay for them, rather than relying on the general taxpayer to subsidize their driving. This is the principle on which the nation's roads and rails were funded for decades until an increasing aversion to hiking gas taxes led to budget gaps — and potholes. . . .

Whitmer's plan is solid. Other states should take notice — and so should Congress.

In fairness, the paper's editorial board notes, "owners of electric cars, hybrids and the like could be charged more when they register their cars . . . since they pay little or nothing in gasoline taxes." But in general, it adds, "gasoline use still correlates pretty well with road use."