Sure, Judy Booth's question is self-serving, as well as rhetorical: "How does a city go from complete bankruptcy to a must-see destination?" It's also on-point. 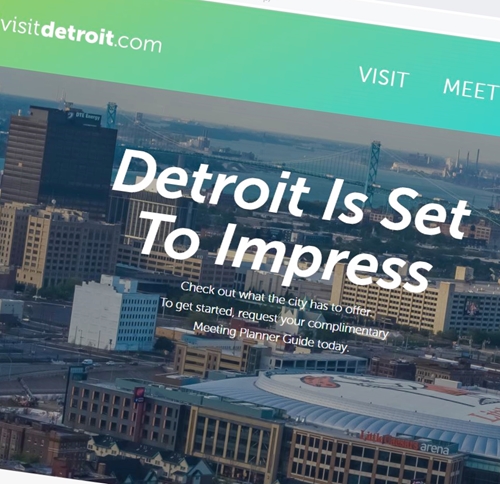 She's sales and marketing director at the Detroit Marriott downtown, and is quoted in a Crain's Detroit Business roundup on large events booked here this year. "Meeting planners across the country are very curious about what's going on in Detroit," Booth tells Doug Henze

Engineers, civil rights leaders and science-minded teens will be among the thousands of visitors who converge on metro Detroit this year for conventions — yet another a sign of momentum in a resurgent downtown. . . .

"We're certainly seeing an uptick in interest in meetings of all sizes," said Dave Beachnau, senior vice president . . . for the Detroit Metro Convention & Visitors Bureau. "It's a byproduct of [how] the conversation about Detroit has certainly changed."

Crain's latest issue lists high-profile events at Cobo Center this month, next month and this summer:

Beachnau's bureau starts an online pitch to meeting planners by asking "Why Detroit?" and answering, in part:

Because mainstream is boring. Because it’s time to be the meeting industry's next disruptor. Because it’s the city people are talking about -- in a good way.