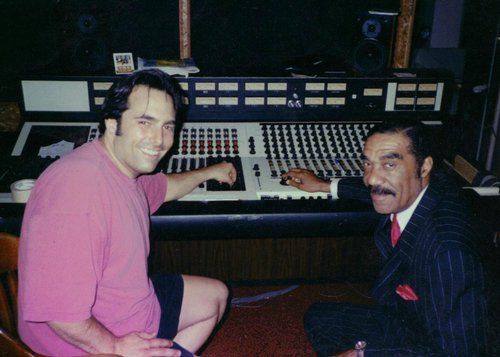 I’m not nearly as cool as the rest of you, so the first time I laid eyes on Andre Williams was at one of Oak Park native and big-time producer Don Was’ all-star shows during the summer Concert of Colors a few years back. The theme was “the music of Motown” or something like that, and at times the stage resembled a festive party in an assisted-living center, but nothing wrong with that. Everyone gets old, if they’re lucky.

Then Was introduced the one, the only, Detroit R&B original, Andre Williams. I was wondering who that might be when a senior citizen emerged from the wings in one of his trademark suits (I think it was red), hat cocked at an angle, grabbed the mic and launched into his biggest hit, “Bacon Fat,” which if you’re uncool like me, you’ve probably never heard of. It reached No. 9 on the Billboard R&B charts in 1956. It was followed by “Jail Bait,” and you probably never heard that one, either. Williams’ niche seemed to be hardcore, gut-bucket R&B at a time when most of America was terrified of such a thing; it took Elvis Presley to make black music safe for white audiences, and Berry Gordy to smooth off the rough edges and sand it down into pop.

“Jail Bait,” a funny proto-rap record advising men on the risks of sex with teenagers, was never going to be played on the radio. But Williams had a career, as a songwriter and producer, before spending a good long while as a homeless drug addict (introduced to cocaine by none other than Ike Turner, the obits say).

But he eventually cleaned up, and started playing in Chicago, where, the same obit notes, “He was surprised to find he had a cult following.” Bands like the Cramps covered him; later, he found favor with the Detroit garage scene around the turn of the century. In 1997, Jim Diamond, local producer and former Dirtbombs bassist, recorded Williams’ “Silky,” an album that is sort of the perfect distillation of both. You run down the track listing and see why Williams was known at this point as a dirty old man – “Bonin’,” “Let Me Put It In,” and “Pussy Stank” are but three – but man, is this a great record. At one point you can hear a bottle tipping over on a concrete floor. You can almost smell the spilled beer. 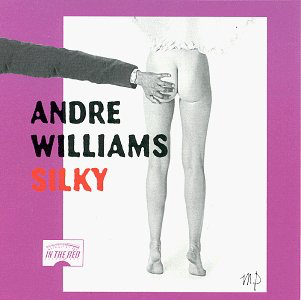 You can hear him in an outstanding Magic Stick live performance from that era here. And “Pussy Stank,” while NSFW without headphones, is fabulous.

“Silky” wasn’t the only record he did in Detroit, of course. There was even a country album, maybe a bridge too far. Diamond, who recorded that one too, remembers: “We did a song called ‘Hey Truckers (Bad Motherfuckers).’ Andre's idea was to make a cassette single of this song and put it in every truck stop in the USA and we'd make a million dollars.

“All I can say is that Andre was quite a talent and quite a character and I enjoyed almost every minute with him in the studio and on the stage. We had a lot of fun together.”

If I were a pop-music writer instead of a dilettante, I’d throw in a few paragraphs using words like “seminal” and “anthemic.” I mainly try to stay away from stuff I don’t know enough about, but as Frances McDormand says in “Laurel Canyon,” you don’t have to know anything about popular music: “That’s why it’s popular.”

So let me just finish with this: People get old, and die, and we’ll miss them for a while. Williams wasn’t the only guy making dirty party records – check out Clarence Carter’s non-”Patches” repertoire sometime – but he was making them here, and they were great.