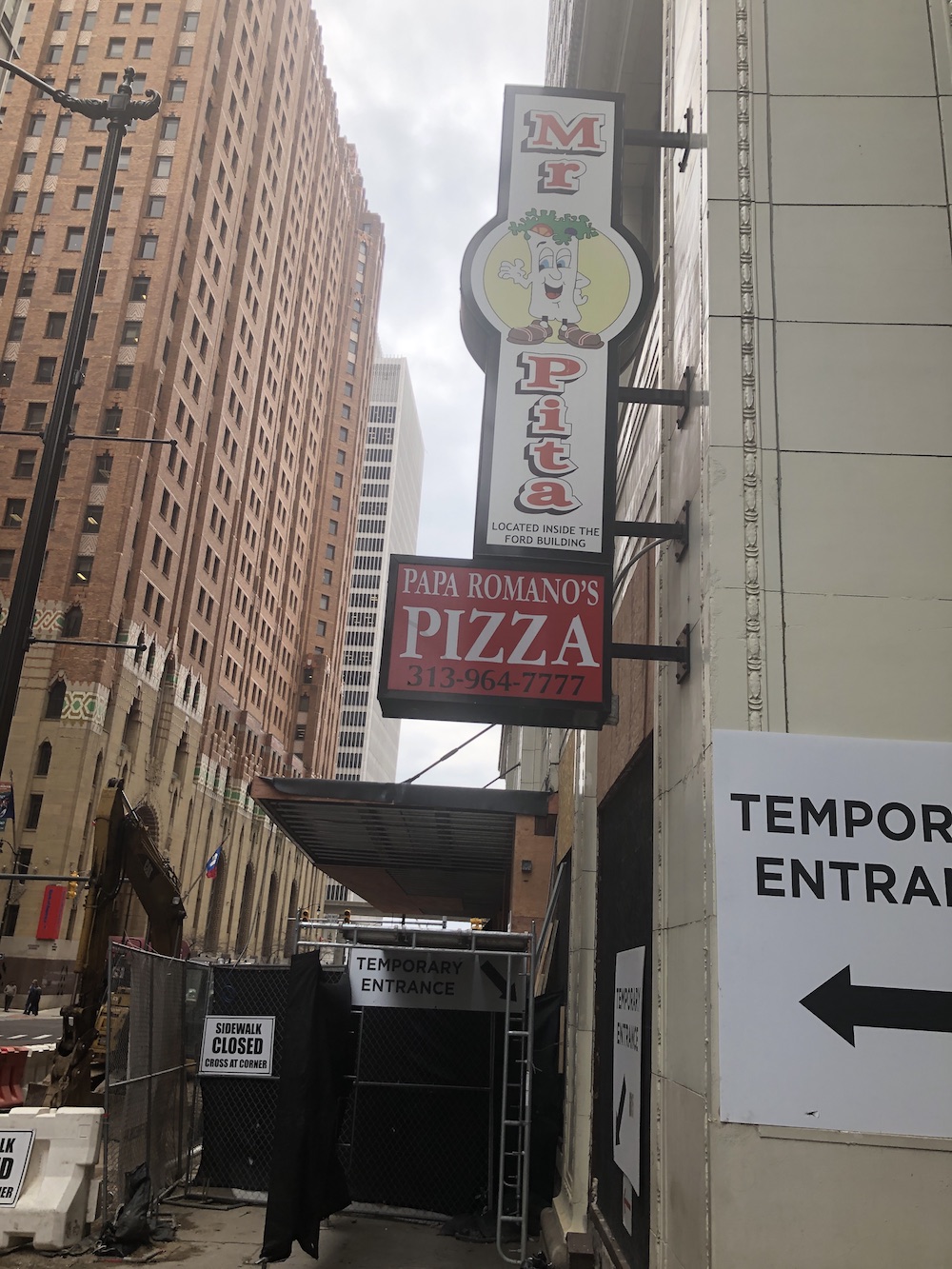 Update: 4:16 p.m. Monday (April 1)  -- Owner Bahaa Romaya emphasized that it was his decision to close the shop. He said it was time to move on.

Mr. Pita and Papa Romano's Pizza, a franchise on the first-floor of the Ford Building on Griswold in downtown Detroit, has closed.

Owner Bahaa Romaya said Thursday that he shut about two weeks ago after operating for 11 years.

The closing came after business had dropped due to a major renovation of the building, he said, and he couldn't work out a new lease.

The restaurant served pita sandwiches, pizza and chicken wings. It also had a salad bar.

It attracted customers from inside the building as well as from other office towers.