Yaaas, WTOL!: News crew gets woke to turn kids out for state test 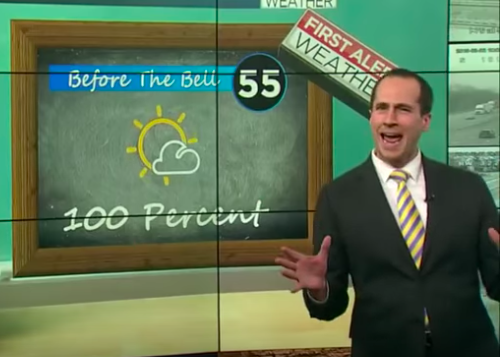 A Toledo news crew has gone viral for speaking the kids' language in an effort to get them to show up to school during Ohio's standardized testing week.

WTOL tells The Detroit News the station produced a segment chock full of young-person slang with the city's school district at risk of state takeover. More than 800 students reportedly were absent during the test last year, and the district has received a failing grade for two consecutive years.

Peep the clip below.