That shortfall also applies to public community colleges in Michigan, according to a State of Higher Education Equity project by The Education Trust, a nonprofit group based in Washington, D.C. Its Midwest region office is in Royal Oak. 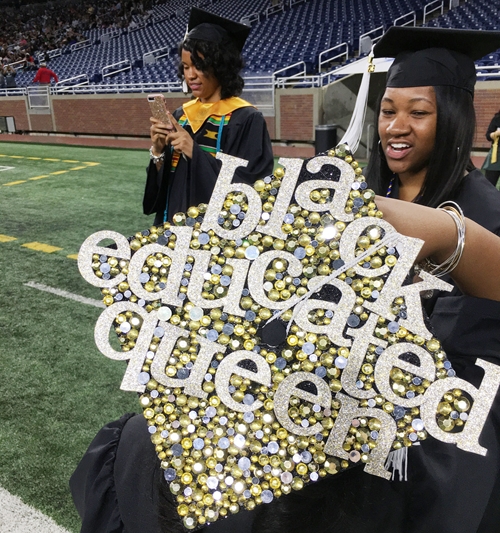 "Michigan ranked the third-worst out of 41 states the report examined for black student enrollment at four-year institutions in 2016," The Detroit News says. "Only 8.7 percent of undergraduates at Michigan's 15 public universities are black."

Not all students on Michigan's public campuses are from the state.

In Michigan, 25.9 percent of African American adults have a college degree, compared with 41.6 percent of whites. This state ranks 33rd in that "attainment" category among the 41 analyzed. 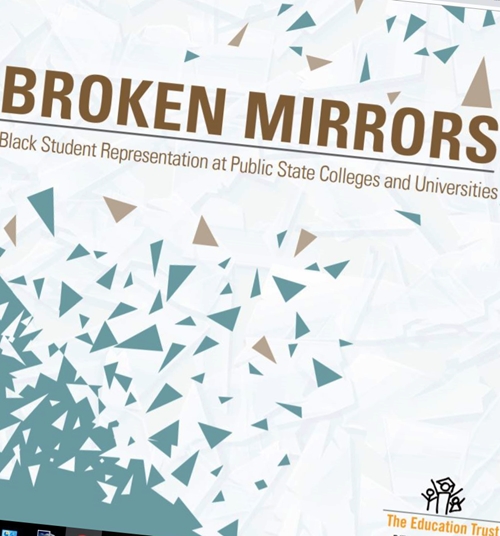 Michigan and seven other states "would need to more than double the number of black students earning bachelor’s degrees to match their state’s demographics," says a media release summarizing the data.

Public institutions in too many states are falling short of their obligation to enroll and graduate black students. . . . State leaders aren't making the needed investments in their black residents, leaving out a significant contributor to their state's economic future. . . .

"In every state, policymakers, higher education leaders, and all education stakeholders — from civil rights activists to members of the business community — need to take a hard look at these numbers, figure out why African Americans are being shut out of the opportunities that higher education affords, and do their part to accelerate the movement toward educational justice,” said Andrew H. Nichols, Ph.D., Ed Trust’s senior director of higher education research and data analytics and the report’s lead author.

Oralandar Brand-William of The News distills the statistics for Michigan universities:

The Education Trust says it "works to close opportunity gaps that disproportionately affect students of color and students from low-income families." Its 52-page report is here.