Video: 'The Time Has Come for This Team' -- Pistons Playoff Pep Talk from Dave Bing

"No matter how daunting the task, Detroiters don't back down," Dave Bing says in a two-minute video (below) as his former team prepares for a daunting task indeed. 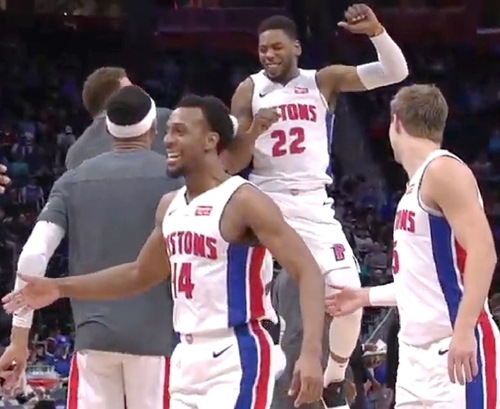 Frame from the video posted Saturday by Fox Sports Detroit.

The Pistons (41-41) are in Milwaukee to open the NBA Eastern Conference playoffs against the league-leading Bucks (60-22) at 7 p.m. Sunday. Fox Sport Detroit enlists the former mayor (2009-13) and ex-Pistons player (1966-75) to "get us all fired up for the playoffs," as its says Saturday on YouTube.

"The time has come for this team to show this city how to rise," Bings says amid stirring music, iconic downtown scenes and game footage.

He describes Detroit as "a city that prides itself on being the underdog, a city of comebacks, a city that makes its own rules."