LeDuff: Puppets, Puppet Masters and Barking Seals -- the Sellout of a City 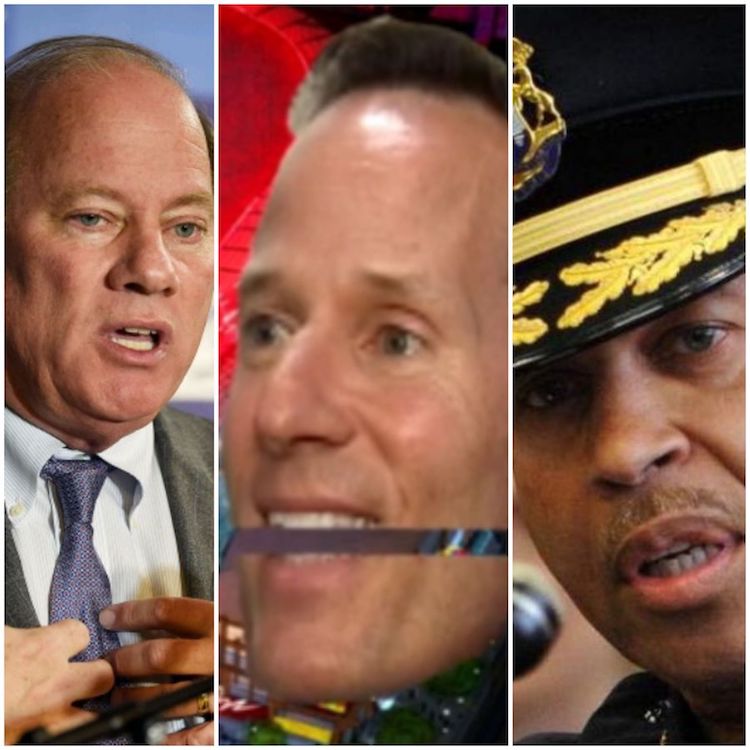 We swallowed the story whole -- like a herd of barking seals at the sardine pail.

And who could blame us? We've been down so long in Motown that even the sewer of local politics can look like a rung up.

City Hall took full advantage of us, going so far as to build its own propaganda department to peddle the comeback story.

I was on the toilet the other morning playing online solitaire when a targeted advertisement popped up on my iPad featuring a city bureaucrat braying about what a great job he was doing in the department of so-and-so. I kid you not. I knew the guy from back in the day. He'd lost some weight, gotten a decent haircut and was dressed a little better. So that's nice.

By my count, the mayor has had at least 10 media types on his payroll, a revolving door of punditry and politics that spins the country into a mass confusion. The mayor's media staff includes a guy who used to cover the mayor as a city hall reporter before he went to work for the mayor as a mouthpiece. I kid you not.

Only now is the facade in this story starting to crack, what with the feds knocking on doors and HBO big-footing into town with serious questions about the nexus between political bosses, a local billionaire and a publicly financed hockey arena.

I worry it's a little too little, a little too late. Had we cast a skeptical eye earlier in the game, we might not be standing here with our proverbial pants around our ankles, because it looks like they swiped the belt buckle too.

It's all in the contracts folks. That's where the money's at in municipal politics. And who among us has been looking at the contracts?

Federal authorities secured the convictions a few weeks ago of two mid-level crooks who collectively accepted hundreds of thousands of dollars in bribes in connection with the city's demolition program.

Mayor Duggan then held a press conference to express relief that the feds were no longer hunting him or his toadies over the mishandling of more than $250 million federal dollars.

He said he based his comfort on a passage from the official Department of Justice release: “The government, as of this date, does not anticipate charging any additional public officials.”

But no one, besides Hizzoner apparently, is sure what that means. Since the feds released the statement, agents have been back in town, knocking on the doors of both government officials and demolition contractors. And those contractors are said to be cooperating.

A Treasury agent with direct involvement with the investigation told me last week that everything they investigated in the demo program was dripping with fraud: the bids, the change orders, the bonding. Stay tuned on that one.

Then there's the city directing more than $358,000 in federal grant money to the mayor's gal pal's program, and his evening drives to her house in the burbs. Sheesh. Nice to know his Hizzoner is on top of something.

And remember the bankruptcy? How we took from public safety servants to improve public safety? This warped arithmetic seems to be working like one would expect. We have fewer cops and a new hockey arena.

Business in the Greektown corridor is dying, the merchants there tell me. Part of the reason has to be the string of high profile rampages over the past two years. Those include a quadruple shooting, a triple shooting, a solitary homicide inside the casino, an Easter morning street brawl, and last week, your run of the mill street stabbing.

To make sure it doesn't get out of control, Chief James Craig has now ordered a beefing up of police in the area. This, despite the chief claiming statistics show crime to be way down in Greektown.

We've heard it before from the chief and we've debunked his numbers. Statistical hocus pocus. This past fall there weren't enough police officers available to rescue a band of stranded firefighters who found themselves trapped in an ongoing homicide scene.

Of course, the people in the neighborhoods know this, even if the folks in the mayor's propaganda department don't.

Which brings me to the five-month long HBO investigation about the Ilitch hockey arena bait-and-switch. How hundreds of millions of dollars that could have – and should have – gone to the failing Detroit Public schools did not.

Instead, we used the moeny to build the Little Caesars Arena in exchange for Ilitch's promise to spend his own money to develop “a city within a city” around the complex. We were supposed to get apartments and offices and shops and a public square. But all we got was parking lots.

HBO had to parachute in to do the story. HBO! I did a similar piece for a local news station four years ago. That one got pulled off the air.

So now we are forced to confront the mathematical realities of the so-called “comeback.” We've given away the store. There is no fire station downtown as promised. The massive pension payment to the public servants is looming. Neighborhoods are still emptying out. And Ilitch pays nothing in revenue sharing. They call them special interests for a reason.

Now I'm not saying that all this is comparable to the Visigoths sacking Rome. But the Boblo boat is burning. Again.