Ford Is Under Criminal Investigation for Emissions Issue 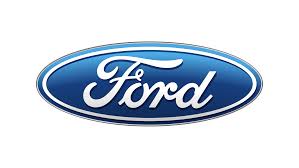 Ford Motor Co. is in trouble.

An anonymous employee raised the issue last September through an internal reporting system, the company said.

The company disclosed the criminal investigation, as required, in a U.S. Securities and Exchange Commission filing Friday. Its says:

"As previously reported, the Company has become aware of a potential concern involving its U.S. emissions certification process," the filing said. "We voluntarily disclosed this matter to the U.S. Environmental Protection Agency and the California Air Resources Board on February 18, 2019, and February 21, 2019, respectively. Subsequently, the U.S. Department of Justice opened a criminal investigation into the matter. In addition, we have notified a number of other state and federal agencies. We are fully cooperating with all government agencies.

"Because this matter is still in the preliminary stages, we cannot predict the outcome, and we cannot provide assurance that it will not have a material adverse effect on us."