Is Detroit’s charter revision on the brink of collapse? 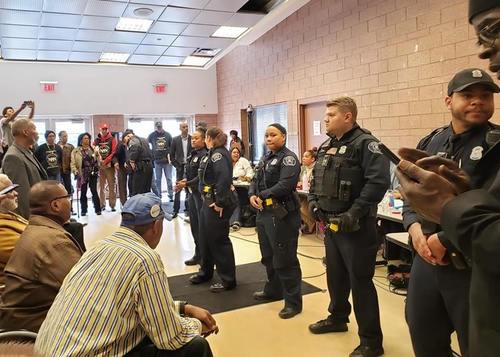 It was two hours into the latest Detroit Charter Revision Commission meeting when the proceedings broke down. The commission’s vice chair was shouting at the chair through a microphone; the chair, seated next to her, was ignoring it; and the crowd was chanting for the chair’s removal. The dozen or so police officers called to restore calm at the east side rec center were doing anything but. Instead, in a stunning visual, they formed a wall between the commission and crowd, sparking cries of “get out of here!”

The chaos erupted after it emerged that commission chair Carol Weaver had negotiated maximum $110,000 salaries for the group’s first two potential hires, in a possible violation of the Open Meetings Act. Similar allegations prompted citizens to sue the commission in February.

The 9-member body elected last year to rewrite what is essentially the city’s constitution has been plagued by bitter infighting since its seating, with meetings regularly stymied by shouting between commissioners and heckling from the crowd. But with tensions at an all-time high, it’s unclear whether the beleaguered group can even complete its task.

The latest spat is part of an ongoing war between two factions of the commission: A minority that says it represents Detroiters, and a majority it accuses of representing the interests of Mayor Mike Duggan and corporate leaders like Dan Gilbert. At stake is the distribution of power in government — and ultimately, how much say residents will have.

“It is absolutely appalling, the situation that’s going on,” said Reggie Reg Davis, a former state lawmaker and Wayne County Commissioner who worked on the last city charter revision in 2012. “I think it should be shut down. I think that city council should put together a no-confidence resolution for this commission, which shouldn’t even be in place right now.”

Detroit political consultant and activist Chris White likened the police presence Saturday to a scene out of apartheid South Africa. He said the revision process appears to be on the brink of collapse, and that Weaver is ultimately to blame.

“It’s embarrassing,” White said. “When it’s gotten this bad, you clearly do not know how to effectively run a meeting; you do not know how to govern or manage. If I was in charge of something and it was that bad you wouldn't need to show me the door — I would snatch the knob off that door.”

The bickering has cost the commission time and taxpayers money. Four months into the revision process — a point at which the last commission was well into matters of substance — it's still quibbling over administrative issues like where to meet.

Weaver, in a written statement to Deadline Detroit, expressed hope that the process could be salvaged. She said she “has no plans” to step down.

“It is unfortunate that the commission has been somewhat delayed in tackling our mission of considering revisions to the current charter,” her statement said. “Nevertheless, I am optimistic that we will be able to quickly get focused on our charge and take up the important work the citizens elected us to do.”

Members of the majority have acccused the minority of being uncivil and obstructionist. In her statement, Weaver said the commission was planning a “special meeting” to work on issues like, “decorum … that impede our ability to work together as a public body.”

But the commissioners couldn’t even agree on the goal of that meeting, initially scheduled for Thursday. Vice chair Nicole Small said the intent was to discuss Weaver’s “failed leadership.”

Regardless, by Tuesday, Weaver had postponed the meeting to await legal guidance on how to “ensure the safety of our Commissioners and the public.”

The people vs. the man 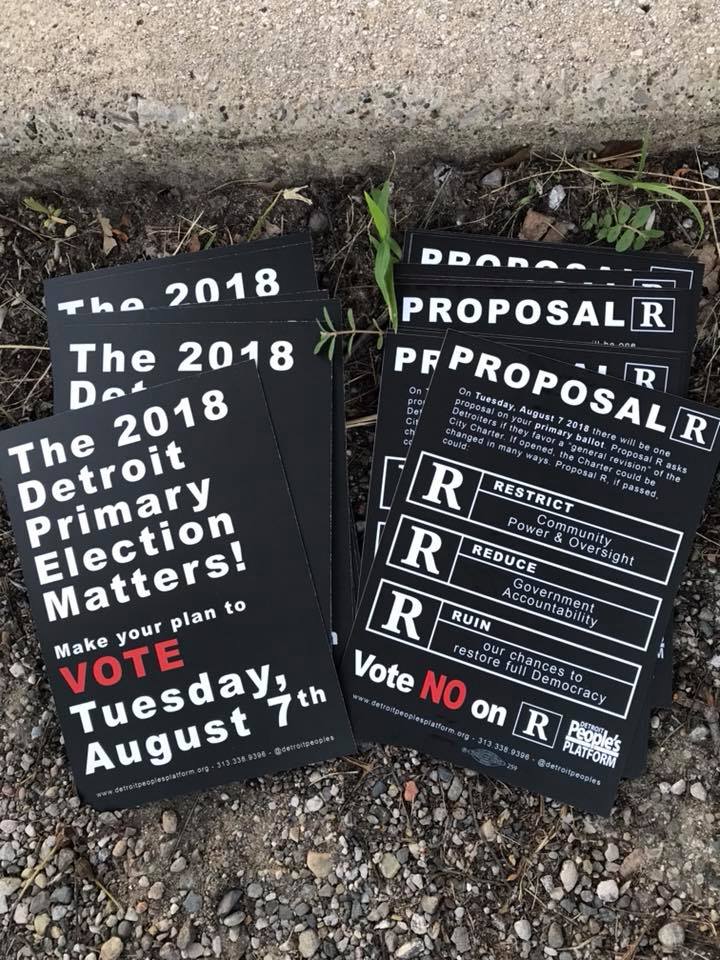 This chaos is the start of a three-year, approximately $1.5 million revision effort that many argue is unnecessary in the first place.

The charter was last revised in 2012, in an emergency response to the Kwame scandal. That rewrite created councils-by-district and increased government oversight. This revision comes with less purpose: It was triggered when an automatic ballot proposal on the issue won narrow voter approval in August.

Engaged residents were leery of reopening the document without a clear goal. The Detroit People’s Platform urged a “no” vote on the proposal, warning a revision could “restrict community power and oversight [and] reduce government accountability.” It was particulary concerned that Duggan and corporate leaders would hijack the process to grab more power. Detroit already has a strong mayor form of government, something business interests, and the mayor, like. As one source explained it — “it’s much easier to win over one person than it is nine members of a city council.”

And then the corporate money came pouring in.

With the revision approved by a small margin, the Detroit Regional Chamber spent tens of thousands to support candidates who would go on to become members of the majority faction. They include: Karissa Holmes, senior counsel at Dan Gilbert’s Rock Ventures; Laura Hughes, an executive at Strategic Staffing Solutions who served on the Detroit Medical Center board when Duggan was its CEO; Quincy Jones, another Duggan ally and head of the Osborn Neighborhood Alliance; and Weaver, a longtime Detroit schools executive who worked under emergency manager Robert Bobb.

"Our board has been completely compromised by city officials like Duggan telling them what to do and telling them what to put through,” said commissioner Joanna Underwood, noting that Weaver was seen speaking to a member of the Duggan administration at the Saturday meeting. “So every time we have a meeting, we’re just trying to stop the process.”

Spokespersons for Duggan and Gilbert have said previously that neither leader is involved. Weaver says she has not spoken personally to Duggan about the charter revision, but did not respond when asked if she'd spoken to members of his administration.

With work not yet begun on the charter language, there’s limited information on what each commissioner stands for, but media interviews and candidate questionnaires offer some insight.

Weaver has said, ambiguously, that she supports “no changes without having input from the citizens of Detroit.”

The stated goals of other members of her faction are more peculiar. Hughes, the Strategic Staffing exec, told the Free Press last fall that she was primarily concerned with the very process of electing commissioners.

Richard Mack, a union lawyer who also votes with the majority, listed his top concern as, “The confusion of the process of having the Charter opened. I am open to discussing other alternatives.”

By contrast, Underwood, in the minority, says she wants to maintain checks and balances within city government.

The majority faction, she warns, "can give the mayor more power, they can make the city council only part-time, they can take away the 51 percent Detroit-hiring rule, they can [change rules surrounding] the disclosure of contracts … all of that is at stake.”

Small, a longtime activist, meanwhile has a laundry list of ambitious goals aimed at “building equity” for residents. It includes ensuring community benefits for large-scale developments; strengthening residency requirements for elected officials; requiring that all police commissioners be elected, rather than appointed as some currently are; re-empowering city council to set water rates to reduce shutoffs; and dissolving authorities with limited oversight, like the Detroit Land Bank. 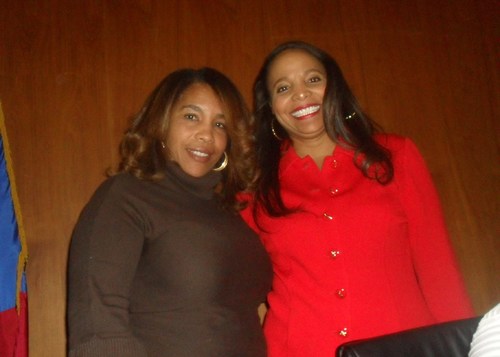 Small and her cohort, ultimately, view this as a battle for the future of the city. And while their obstinate behavior has been met with criticism, for White, it’s justifiable.

“Look at what has happened to the city of Detroit,” he says. “The water shutoffs, the constant school takeovers, the issues within the police department, the gentrification, the way that blacks have not been given contracts. It's all boiling over in the city charter meetings. And you have one group of people that has been on the front lines fighting those various challenges, so it's more than just, 'well, everybody needs to get along.’ There's a reason people are suspicious of what they perceive to be an agenda.”

He added that Weaver could have allayed some of their concerns by avoiding the appearance of secrecy.

But for others, like Davis, the minority faction’s behavior is inexcusable. While he counts himself among a minority that sought to curtail mayoral powers during the last revision, he says he still managed to work with the larger group to achieve incremental gains.

“That’s the way the cookie’s gonna crumble anyway,” he said of the majority's influence. “Of course I don’t like the idea of these private sector folk coming in and controlling things, but if the people voted these people in, then it’s their job to do what you voted them in to do.”

The answer, he said, is not to “fight against everything.”

It’s unclear what the path forward may be, but Davis and White don’t believe a special meeting of the same people who can’t get along will do much to bridge the divide.

If the commissioners don't come to an agreement over the next three years, they will, at worst, have squandered public money and left the current charter in place. Any proposed changes will require voter approval.