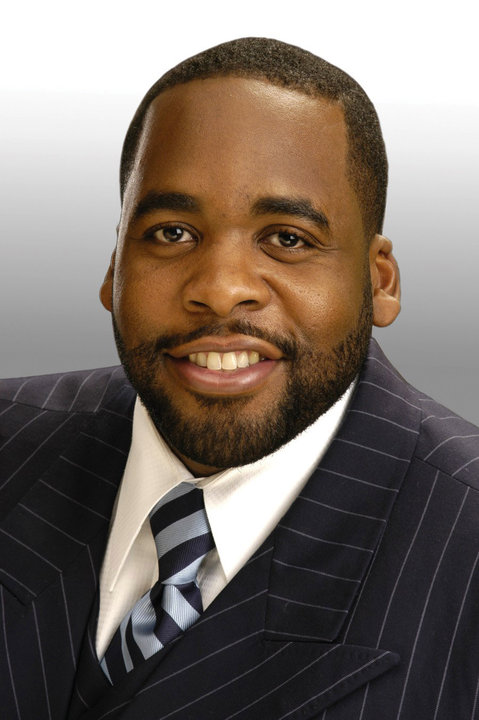 Kwame Kilpatrick in a previous uniform.

Kwame Kilpatrick's attempt to disqualify his trial judge was met by tough words from the U.S. Attorney's Office.

"In Kwame Kilpatrick’s view, the blame for his corruption convictions lies with everyone but him. He has never apologized, never accepted responsibility—never shown any remorse for extorting millions of dollars from Detroit city contractors. Instead, he has lashed out at every possible scapegoat: the government, the media, his attorneys, and, now, this Court," Assistant U.S. Attorney Andrew Goetz wrote in a response filed Friday in U.S. District Court in Detroit.

In a motion last month, Kilpatrick moved to disqualify U.S. District Judge Nancy G. Edmunds, saying she had a conflict of interest after she refused to set aside his 28-year prison sentence.

He claimed Edmunds had a personal relationship with his trial lawyer, James Thomas, illustrated by a congratulatory wedding card she sent Thomas.

Kilpatrick, now 48, had tried to fire his lawyer before trial, citing a conflict of interest with a witness in the case, but Edmunds rejected the claim at the time and allowed Thomas try the case. Kilpatrick claims he got ineffectual counsel from Thomas, who is regarded as a top-notch criminal defense attorney.

On Friday, the prosecution addressed the wedding card claim:

"Kilpatrick’s new “wedding card” allegation, even if true, suggests only a professional acquaintanceship between the Court and Thomas. Wedding cards are a small and familiar way to congratulate new couples on their nuptials. They are a common pleasantry among neighbors, distant friends, professional colleagues, and other acquaintances—a far wider circle than just intimate friends and close family. And because sending a wedding card is so “common” and so widespread, it would not “appear to a knowledgeable observer as a sign of partiality."

More than six years ago, Kilpatrick was convicted of 24 federal corruption counts, including a RICO conspiracy, extortion, attempted extortion, bribery, mail fraud, wire fraud, false tax returns, and tax evasion. He was sentenced to 28-years in prison and is currently serving his time in a federal facility in New Jersey.