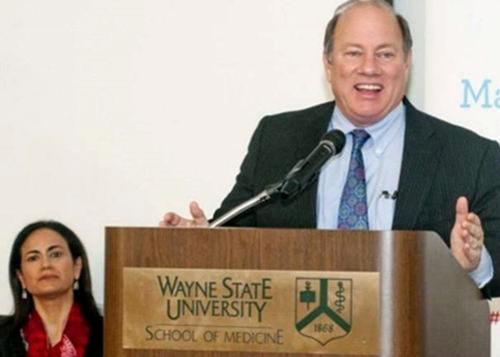 Detroit Mayor Mike Duggan's defense of his alleged preferential treatment for a program run by his rumored mistress has largely hinged on a technicality: Whether the program is administered by Wayne State University, or whether it is an independently operating nonprofit.

Duggan's administration, the university, and a lawyer for Hassan have all claimed it is the former. The Free Press — which first investigated Duggan's links to the program, Make Your Date — has called it a non-profit, because it filed forms with the government indicating as much and solicited donations with a nonprofit tax ID. Today, the paper printed thousands of words further bolstering its argument.

If you're just getting up to speed, the mayor steered more than $350,000 in city grants to the pre-term birth prevention program run by Dr. Sonia Hassan and instructed high-level officials to fundraise on its behalf.

What's remained more unclear than whether Make Your Date is a nonprofit or university program, however, is why it even matters.

All the way at the bottom of the latest Free Press exposé, which looks at the confusing way in which the organization operated (highlight: it seemed to befuddle even Wayne State University, whose own website called Make Your Date a city-run program), a couple of experts are quoted saying that, basically, it doesn't:

Ultimately, the set-up for Make Your Date is irrelevant when examining whether the organization received preferential treatment from the city, said Leslie Lenkowsky, a professor at the Indiana University Lilly Family School of Philanthropy.

“The organizational form doesn’t matter at all,” Lenkowsky said.

The issue is whether the city’s conflict-of-interest policies were followed in its support of Make Your Date, he said.

Viki Harrison, director of state operations for the nonpartisan grassroots organization Common Cause, said the debate about whether Make Your Date is a nonprofit or solely a university program doesn’t get at the heart of the issue, which she said is the appearance of a conflict of interest.

Common Cause is a national organization that advocates for open and clean government.

“Whether it goes to a nonprofit or a school, that’s a bunch of background noise,” Harrison said. “That doesn’t matter. She’s working with the program over at Wayne State, too. ... He has just put her in a bad situation.”

A spokesman for Duggan did not immediately respond to a request for comment. The city has emphasized that Hassan never made money from the program and funds were never misused.

There's much more in the latest report, including the lead this synopsis buries: The attorney general's office, which launched an investigation following the initial Freep report, says Make Your Date has ignored its inquiries for months. And that may cause it to ratchet up its investigation.

“The bottom line is, if they choose not to respond to the second letter, that seems to be defiant,” spokeswoman Kelly Rossman-McKinney said. “It would definitely ramp up our interest.” 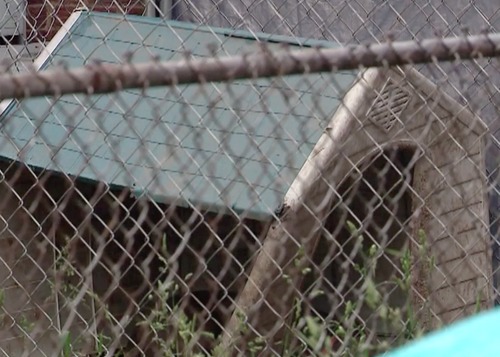