We build the wall? Not looking that way, as angry backers wait for answers 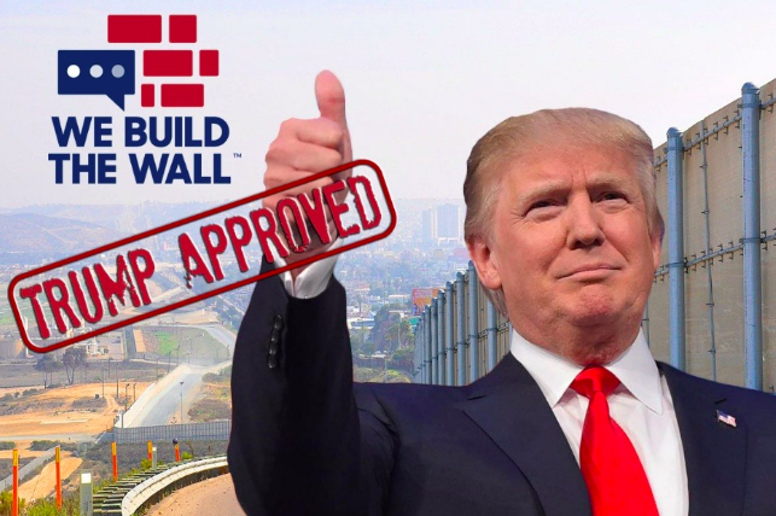 The setup was this: They were collecting donations large and small for a GoFundMe to build parts of a border wall with Mexico, on private property. It was part of a greater strategy to take the building of a wall, or pieces of it anyway, away from the government and put it in private hands.

To the surprise of probably no one, it's not going so well. Angry donors aren't getting their questions answered, and are starting to make noise about it.

Months later, there’s no evidence that any construction has started, despite claims from [organizer Brian] Kolfage and his allies that construction would start in April. And now [Trump supporter and donor Joshua] Greene is wondering what ever happened to that wall he was promised his dollars would fund?

“The lack of updates is very concerning,” Greene wrote in an email to Right Richter.

He’s not the only GoFundMe donor curious about what happened to the wall money. Since We Build the Wall blew their April deadline, Twitter replies to Kolfage and the group’s Facebook page have filled up with angry donors. Greene started tweeting his displeasure, too.

Of course, no one can say they weren't warned:

Making donors more nervous is that Kolfage has a history of participating in questionable endeavors. He was a prolific operator of hoax pages on Facebook, and money he raised in the past to help veterans’ programs in hospitals never actually went to those hospitals.

Many of the donors were in the small-amount range -- one told Deadline Detroit in March that he was in for five bucks -- but it's not a good look for Trump supporters, as the president campaigns on a slogan of "Promises made, promises kept."