This week's "false and cynical accusation of anti-Semitism" against Rep. Rashida Tlaib, as a Washington Post column casts it, is a case study in how some Republican opportunists pounce and distort.

"Jews are not fooled. And no one else should be either," says Paul Waldman, an opinion writer for the paper. He dissects the process and the players to deliver "the anatomy of a smear." 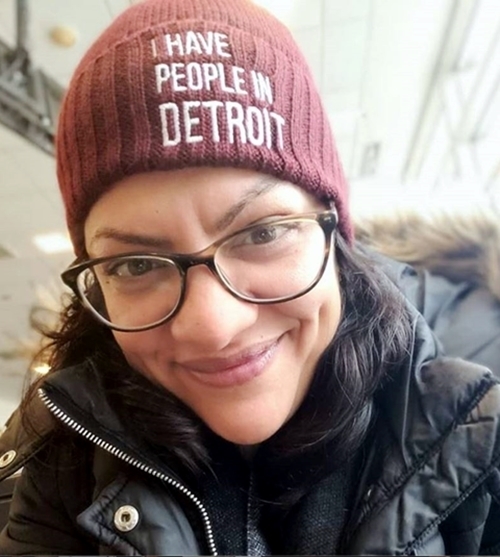 Rashida Tlaib: "They want to distract us by pushing a hate agenda." (Photo: Facebook)

The first-term Detroit congresswoman, he notes, "discussed [on a podcast] the fact that the creation of the state of Israel arose out of the Holocaust, increasing the world’s willingness to create a safe haven for Jews."

She argued for us to see it as a shared if complicated history of oppression binding Palestinians and Jews together: Jews were slaughtered in Europe, some of those who remained found refuge in Israel, and that refuge was a kind of unwilling gift the Palestinians gave to them — but a gift all the same. . . .

Tlaib was arguing that there exists a bond between Israelis and Palestinians that could be the basis for a peaceful future. . . . But Republicans plucked out two words — "calming feeling" — and pounced.

Waldman indicts Rep. Liz Cheney, R-Wyo., as an instigator. She has tweeted about Tlaib three times since Saturday, accusing her of "vile anti-Semitism" and "lies spread to delegitimize the state of Israel."

She knew exactly what she was doing. She saw an opportunity to take two words out of context and use them to smear Tlaib, and because she is unconstrained by any concern for truth or morality, she took that opportunity. Her father [Dick Cheney] taught her well. . . .

When someone like Liz Cheney, let alone [President] Trump (who has now tweeted a similarly slanderous charge at Tlaib) accuses a Democrat of anti-Semitism, the chances that the charge is made out of utterly cynical bad faith are approximately 99.99 percent. Nevertheless, they know that a story like this one will be reported as "Republicans Criticize Tlaib Over Holocaust Remarks," and not how the headlines should read: "Republicans Smear Democrat with Bogus anti-Semitism Charge." 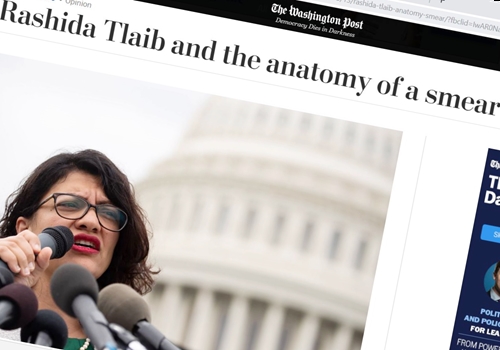 Tlaib links to The Post's column on Facebook, commenting in part:

"The GOP and Individual-1 targets me and polices my words. They are afraid of the women of color who always speak truth and are not beholden to corporate or special interest groups. The GOP does not have a policy agenda or real plan on health care, the economy or an infrastructure plan for the American people. Instead, they want to distract us by pushing a hate agenda to ignite fear.

"I won't back down. Together, we will fight this lawless President and his followers, and become stronger for it."

Trump 'Twisted And Misconstrued My Words To Spread Falsehoods Rooted in Hate,'
Tlaib Says
, May 13