An animal protection advocate speaks out pointedly on social media and in two TV interviews about what she calls "serious problems behind the doors of the 100-year-old building we call Detroit Animal Control."

Kristina Rinaldi, executive director of a no-kill shelter called Detroit Dog Rescue, calls attention to "problems that affect animals and public health." Her public outcry began Sunday, provoked by the loss of a pit bull named Lux who "died because his care was neglected under the city of Detroit."

"Detroit can do better when it comes to its residents and its animals," she posts on Facebook. "We’ve been hearing that more [animal control] officers are going to be added to the team for years -- it never happens. They cannot seem to obtain or retain talent. One of the major issues is the city needs to add more vet techs to the staff."

Rinaldi's nonprofit receives some dogs from the Detroit Animal Care and Control shelter to provide veterinary care and help them find new homes. 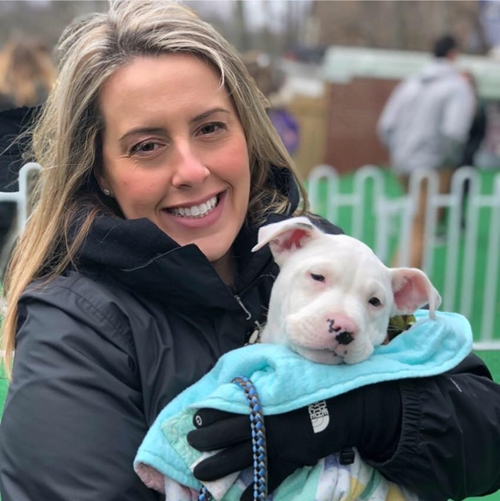 Her criticisms get officials' attention. "The city . . . says progress has been made, but admits more needs to happen," Mara MacDonald of WDIV reports in the video below.

It will be doubling the number of field officers from nine to 18. Some may start as early as next week. [Detroit Animal Care and Control] has expanded hours and has two new trucks.

We were called about Lux, [who] had a prolapsed rectum. But we weren’t able to assist immediately since our veterinarians were full. We were assured Lux would receive care. He didn't.

Two days later I received a secret call from a concerned [animal control] officer stating that Lux was "really bad." I was disgusted that he hadn’t received emergency medical attention yet. . . .

Lux was left to suffer for more than 48 hours, left in a kennel, hidden by a blanket while his rectum and GI tract fell out of his body in excruciating pain. This is one of the most disgusting cases of neglect and it happened under the city of Detroit, under the watch of city employees. Employees claim they have no resources, inadequate vet staffing and no supplies.

When my team came to get Lux, he was manic, eating his own flesh in agony. Sadly, the neglect had gone on too long and Lux passed away with us after finally getting care only because Detroit Dog Rescue showed up.

Lux didn't deserve to die. Prolapses are very treatable. This was treatable. Lux died due to neglect under the city of Detroit.

In a follow-up post, the Detroit Dog Rescue leader adds:

For months I've been receiving reports of residents who cannot get through to Detroit Animal Control. Dangerous dogs, dogs biting a toddler, cries for help.

The city continues to report communication and phone service issues, not enough trucks, and a lack of space.

Why is nothing being done? I have hundreds of reports.

Rinaldi tries to assure Detroit Animal Care and Control employees that her sharp critique isn't "a personal attack on them."

What is happening to you, to the animals, to the residents isn't right. You need to know you deserve better, you deserve more.

You need to believe you’re worth better too, for the residents and Detroit animals. I'm speaking out because you deserve better. 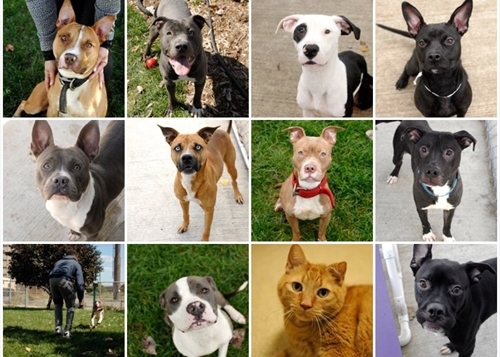 Response from city:
'More progress can be made'

The city shelter gave this statement to WXYZ:

Over the past two years, Detroit Animal Care and Control has made some significant progress in a number of areas, but we recognize that more progress can be made in others.

On the animal control side of the operation, we will be doubling our number of budgeted field officers from 9 to 18 thanks to an increased allocation in this year’s budget. New staff will start as early as next week. We also have added two more trucks and expanded hours to include weekend response for the first time in years.

On the animal care side, we have more work to do. We recently secured a $123,000 PetSmart Charities grant for spaying/neutering services and received $1.3 million in city funds for facility improvements, but we still are not able to provide the spectrum of care we'd like.

Because we are the caregiver of last resort, we receive animals that are badly injured and sick and fighting for their lives all the time. Our live release rate has increased and currently is holding steady at 70%.

However, because of our limitations, we rely heavily on our third-party partners to help get dogs like Lux to veterinarians that can perform major surgeries. When Lux was brought to our facility on April 24, he was immediately assessed and determined to need surgery and provided medicine to ease his pain until Detroit Dog Rescue was able to bring him to a veterinary surgeon. We appreciate the support these partners provide us as we constantly work to bring further improvements to the level of care we can offer.

► Donations to the nonprofit shelter are tax-deductible. Gifts can be made here.