LeDuff: A Teen's Sacrifice to Save Detroit Mom from the Streets 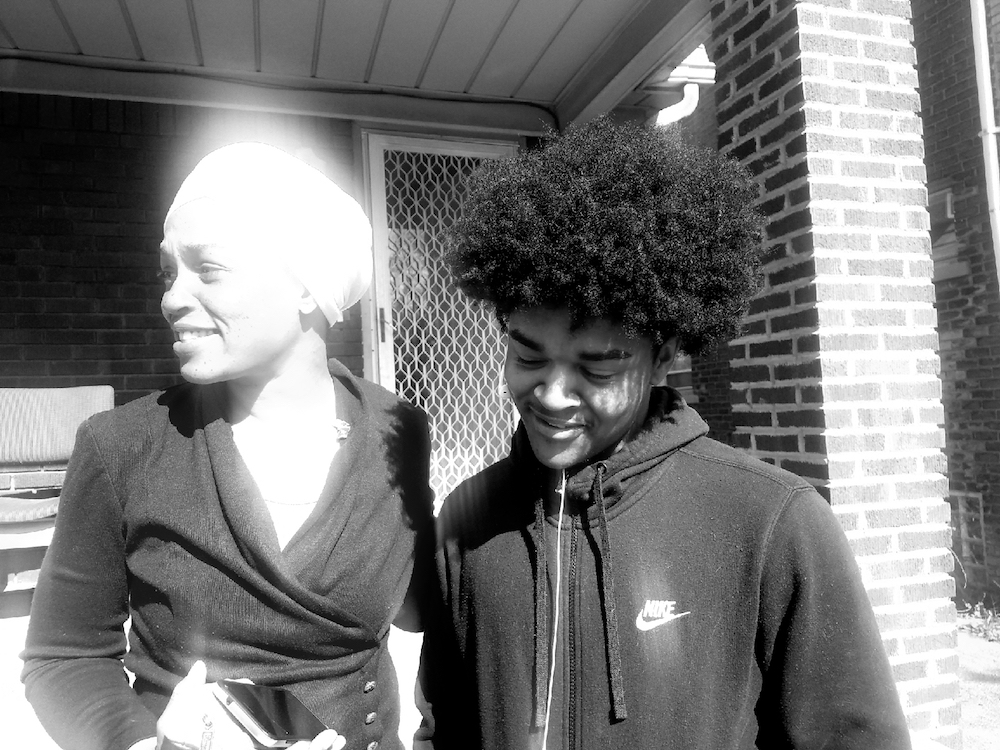 The money was gone as fast as it came.

A $500 check was sent by a well-wisher who had read about the struggles of 16-year-old Jordan Ruffin-El.

The well-wisher was impressed with the young man's determination to succeed, his long commutes to school by city bus, his decision to leave his mother's home since there were too many mouths there to be fed.

And so the well-wisher sent him the check to help make rent or groceries in a new home he shares with another teenager on Detroit's east side. There are people who want him to succeed.

So, I picked him up from high school to give him the check and to drive him to his mother's house on the rough and tumble west side.

Rashida Bennett-El was happy to see her boy. “I'm so proud of you,” she said to him, stroking his face.

She looked physically tired, ill from skin and glandular disorders, her hair loss hidden beneath a cream-colored turban.

“I don't know what we're going to do,” she said casually to me after introductions had been made by her boy. “They're foreclosing on the house this month.”

It was the first the son had heard of it. The idea of his mother and little brothers going homeless, bouncing around the mean city, sent him into a brooding funk.

His mother showed me the legal papers. She was a measly $1,620.60 behind on the mortgage. The monthly note was $312.42, which she had not paid since December when she fell ill. Her taxes, however, are paid in full.

The legal papers were dry and soulless and made no offer to work with the mother to make up the arrears. This despite the fact that Bennett-El had been a good homeowner, having paid a total of $36,000 on a $19,000 mortgage over the past decade.

The house will got to sheriff's auction on May 30, and then the family will be homeless.

There was supposed to be government aid to help people like Bennett-El. The Troubled Asset Relief Program was put in place after the 2008 real estate collapse to assist people like this family and keep neighborhood homes occupied. But a federal study showed that 80 percent of people in Michigan who made below $30,000 were denied the help. No good reason was given, according to a government report and tens of thousands of families were put on the streets.

At the same time, more than $250 million of that fund was diverted to Detroit to demolish the homes people were forced to abandoned. That has led to a massive federal corruption investigation that has yet to come to a conclusion.

In the meantime, it is not lost on the mother and son and her neighbors sunning themselves on the porch that hundreds of millions of dollars of public welfare are going to billionaires and multinational corporations for development deals in which the city will never break even.

That $1,620.60 is not even a rounding error in deals like that, but it's everything to Bennett-El and her family. And it's unattainable.

And it is quite likely that once Bennett-El leaves her brick-and-wood Tudor, the empty house will go the way of the wrecking ball, just like the abandoned house next door.

Jordan reached into his pocket and fished out the check. He looked at it once – $500 – and handed it to his mother. “Here moms, this should help.”

She patted her boy on the cheek.

“I'm proud of the man you're becoming.”

I drove Jordan to his home on the east side. He sat quietly in the passenger seat for a mile or two, his head turned away, staring out the window.

“It's embarrassing,” he finally said. “I didn't know. I'm trying to find the right way in life, but it's situations like this that will put you on the edge. You try to do it the right way. But, like, I've got my moms living in a shooting gallery and now they're going to put her out?

“I mean, how do you find the right way in that? How do you keep your mind?”