Unease about the potential impact of Detroit police video feeds from streets, schools, clinics, gas stations and other spots is valid, write privacy specialists at Georgetown University in Washington, D.C. 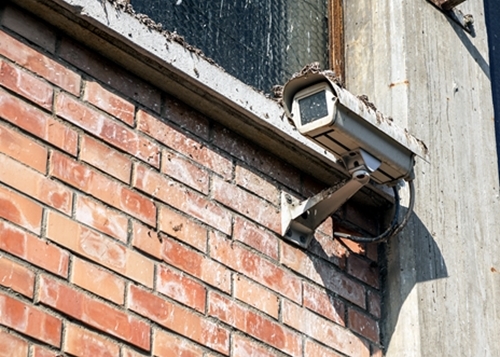 When combined with sophisticated facial recognition technology, the system "risks fundamentally changing the nature of our public spaces," says a new report titled "America Under Watch."

No longer is video surveillance limited to recording what happens; it may now identify who is where, doing what, at any point in time.

It's tempting to think that it is a remote, future concern for the United States. But for the millions of people living in Detroit and Chicago, face surveillance may be an imminent reality. Detroit's million-dollar system affords police the ability to scan live video from cameras located at businesses, health clinics, schools, and apartment buildings.whiute 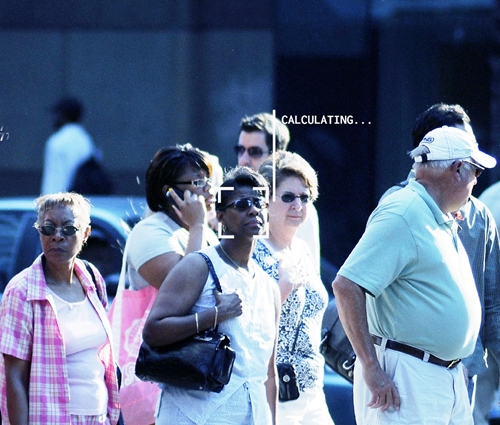 In response, Detroit's police chief forcefully denies his force "is engaged in Orwellian activities." He accuses the two authors of "wholly spurious conjecture and unsupported speculation," and adds:

"I take great umbrage to your inference that our department would arbitrarily, without reasonable suspicion or legitimate law enforcement purpose, violate the rights of law-abiding citizens."

The point-of-view study is released this week by the Center on Privacy and Technology at Georgetown Law Center. The researchers and writers are Laura Moy, a technology privacy attorney who's executive director of the center, and Clare Garvie, a 2015 Georgetown law graduate who's a senior associate there.

By enabling the secret and mass identification of anyone enrolled in a police—or other government—database, it risks fundamentally changing the nature of our public spaces.. . .

Many of these [Green Light] video cameras may also be connected to a face surveillance system, enabling them to record not only what is happening at a given location, but who is at that location at any given moment. DPD has purchased the capability to locate and identify anyone who has an arrest record, in real-time, using video cameras mounted across the city. . . .

DPD’s face surveillance system may expand beyond Project Green Light as well. The department’s face recognition policy, which went into effect on July 1, 2018, states that DPD "may connect the face recognition system to any interface that performs live video, including cameras, drone footage and body-worn cameras.

Chief James E. Craig pushes back in a strongly worded letter. He accuses Garvie, the lead author, of "slanderous accusations of epic proportions." (Full text at the end of this article.)

Responding Tuesday to an article draft he received, Craig writes:

"DPD does not violate the constitutional rights of citizens. As emphasized in our policies, the facial recognition software is only utilized within the ambits [scope] and paramaters of the law to assist law enforcement in reports of criminal activity."

As of this weekend, 534 Detroit businesses, churches, apartment buildings and other locations participate in Project Green Light, a city list shows. Enrolees include 11 churches, 12 pharmacies, eight schools and 15 clinics. Apartment buildings, senior living centers and hotels also are partners that paid for installation and, in some cases, monthly equipment lease fees. 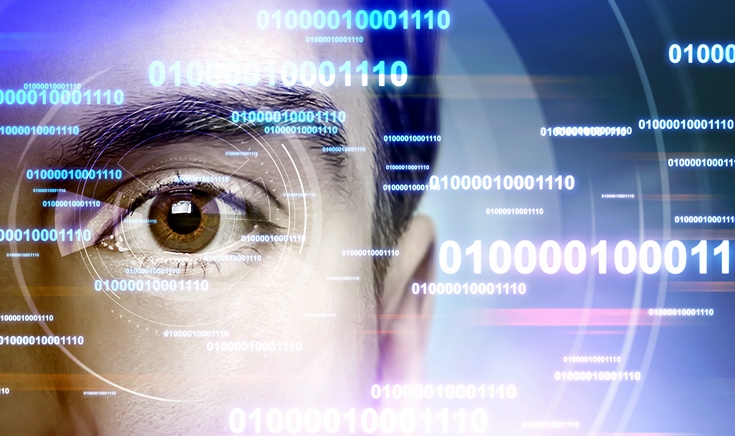 "Adding face surveillance to these cameras risks doing the opposite" of making Detroiters feel safe, the report says. (Graphic: DepositPhotos)

Participants get "a real benefit from participating in a program that deters crime and ensures rapid police response," Georgetown's analysts recognize. But they see a potential drawback of what an earlier Georgetown Law Center policy study calls a "perpetual lineup:"

Without restrictions on where face surveillance is deployed, the Project Green Light system may inadvertently violate the very policy established to protect residents against its potential harms.

The goal of these surveillance cameras is to make Detroit’s residents feel safe going about their daily lives. Adding face surveillance to these cameras risks doing the opposite. 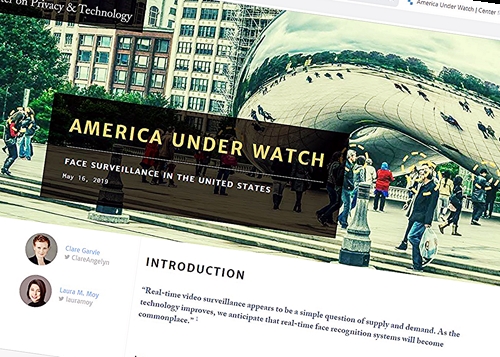 The policy paper issued this week by the Georgetown Law Center.

Garvie and Moy, the authors, also are troubled by "a system obscured from public view."

The website dedicated to providing the public with information about Project Green Light Detroit fails to mention the use of face recognition, real-time face surveillance or any kind of automated face analysis technology even once.

And while the locations of all Project Green Light partner businesses are public, there is no available information about which cameras are face surveillance–enabled.

The Center on Privacy and Technology suggests that "state, local, and federal government should place a moratorium on police use of face recognition."

This letter was mailed May 14 to the artricle's lead writer. 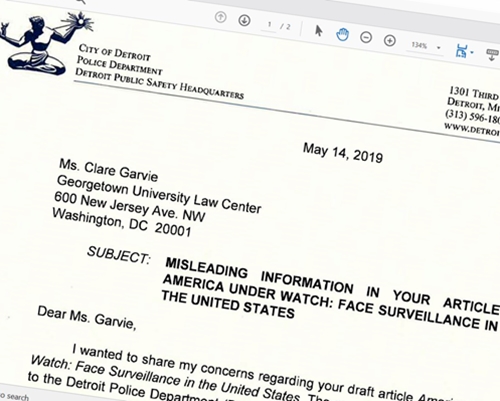 I wanted to share my concerns regarding your draft article "America Under Watch: Face Surveillance in the United States." The overall tone of your article as to the Detroit Police Department (DPD) would lead many readers to believe that DPD is engaged in Orwellian activities causing them fear and consternation that their constitutional rights are routinely being violated.

Your very first paragraph discussing Detroit with the caption "Detroit's 'Real Time Video Feed Facial Recognition'" fuels the notion that citizens are regularly being monitored through the facial recognition program by the Real Time Crime Center. That notion is far from the truth.

The Crime Intelligence Center Real Time Crime Center views video in real time, hence the use of the words in the title of our unit. As articulated in our policies and our procedures videos are monitored in real time by personnel in the Real Time Crime Center. If there is a report of a crime or a crime is witnessed by a DPOD member, the crime is reported to sworn members to investigate.

If there is an articulable, reasonable suspicion that an individual is observed or reported to have committed a crime, only then is their still image provided for analysis with the facial recognition program.

I take great umbrage to your inference that our department would arbitrarily, without reasonable suspicion or legitimate law enforcement purpose, violate the rights of law-abiding citizens. I especially find your wholly spurious conjecture and unsupported speculation that DPD spies on patients with HIV and those seeking to terminate pregancy to be slanderous accusations of epic proportions.

If I have not made it clear by now, DPD does not violate the constitutional rights of citizens. As emphasized in our policies, the facial recognition software is only utilized within the ambits and parameters of the law to assist law enforcement in reports of criminal activity.