Better Read Than Red: How McCarthyism Targeted a Detroit Journalist

In his engrossing new book “A Good American Family: The Red Scare and My Father,” Pulitzer Prize-winning author David Maraniss recounts – from his Detroit family’s perspective – the destructive paranoia of the American right wing and its Communist-hunting kangaroo courts of the McCarthy era. 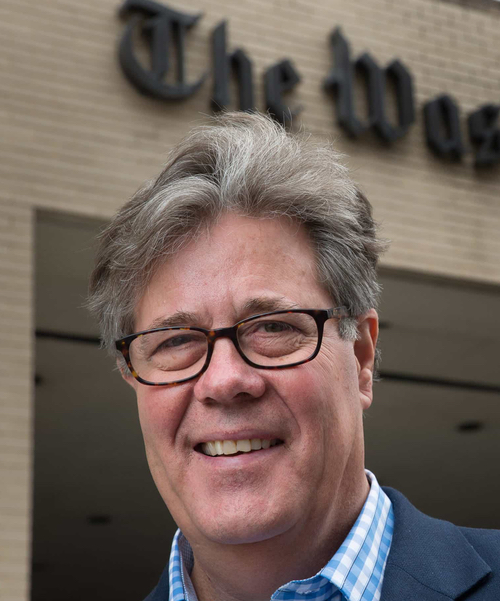 David Maraniss: "I am confounded." (Photo from author)

“Inside Room 740 of the Federal Courthouse in Detroit during those two weeks in 1952, the world was defined by judgments,” Maraniss writes. “Who was American and who was un-American, who was good and who was bad, who was a patriot and who was a traitor.”

One of those so judged was the author’s father, Elliott “Ace” Maraniss, who testified before the House Committee on Un-American Activities in that courthouse. He’d been fired by the Detroit Times for his affiliations with communists at the University of Michigan and later in Detroit. (In between college and his employment here, he’d served in the Pacific theater of World War II.) The Detroit hearings also targeted Detroit political superstars Coleman Young and George Crockett.

“The Detroit Field Office of the FBI knew about the hot dog picnic,” Maraniss writes, referring to a left-wing social gathering. “They knew Elliott’s every move. Special agents Watson, Lynch, Sullivan, Fletcher, Kast, Cook, Coghlan, Paxton, Heystek, Hyble, Krause, Rose, Anderson, and Stewart had been watching Elliott since his return, as they would for the next six years, taking down addresses and license plate numbers, snooping outside offices, snapping photos, checking signatures, keeping notes, compiling lists, filing reports. They worked with . . . the Detroit police Red Squad . . . Elliott Maraniss was File No. 100-14520. Character of Case: Security Matter ---C. The C stood for `communist.’”

Confounded by his dad

In some ways, the story has happy endings. The senior Maraniss eventually revived his career in Madison, Wis., and retired as a beloved newspaper executive of The Capital Times. Young became Detroit’s mayor and Crockett, a judge and Congressman. Young Maraniss – a toddler during the HUAC hearings – goes on to a prestigious career at the Washington Post and beyond.

Along the way, his family endures assorted misfortunes, like most families, but theirs come with a political undercurrent. Maraniss never calls himself a “red diaper baby,” but he reckons with the idealistic naiveté of his parents, their rationalizations about totalitarian communism and failure to recognize the evils of Soviet Stalinism, which prompted legitimate conservative (and liberal) concern in the United States after the war.

“There was a time when Elliott Maraniss was a communist,” his son writes. “I say this without hesitation, without shame or pride. There are aspects of his thinking during that period that I can’t reconcile, and will never reconcile, as hard as I try to figure them out. . . . I am confounded by his reasoning and his choices.” 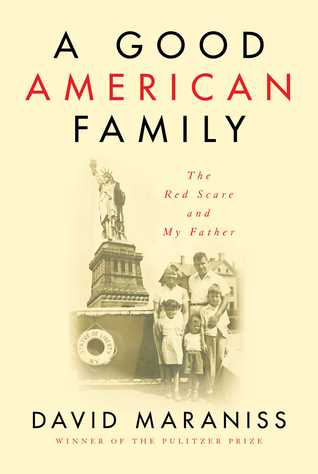 In the style of the late David Halberstam, Maraniss successfully presents his subjects within the cultural context of their time. His dad, along with the playwright Arthur Miller, was among the bright young Jewish students of the Depression era who migrated from the East Coast to schools like the University of Michigan in part due to quotas in the Ivy League.

Once in the Great Lakes State, they witnessed major historical turning points, like the sitdown strike against General Motors in Flint in 1937. They heard the anti-Semitic and borderline fascist radio preaching of Catholic priest Charles Coughlin of Royal Oak.

The author weaves Miller throught the narrative and manages a cameo for Ernest Hemingway. We see Tom Harmon running the football through the dappled autumn sunshine of Ann Arbor.

We see the senior Maraniss at the Army Air Field on the outskirts of Detroit and at Briggs Stadium when Ted Williams of the Red Sox beats the Tigers with a grand slam home run.

And we see the author’s mother, Mary, working at a war plant, fighting on behalf of black workers treated in the north as second-class citizens. In 1943, Detroit suffered a major race riot.

“With tens of thousands of men and women, black and white, migrating to the city from Appalachia and the Deep South to work in the defense plants, tensions grew month by month, fueled by racism,” Maraniss writes. “. . . Mary was an outspoken activist in the campaign to open up more and better jobs for African Americans at the Briggs plant and elsewhere, and for that felt the wrath of some coworkers.”

This is not the first time Maraniss has written about the city of his birth.  His 2015 book “Once in a Great City: A Detroit Story” revisited the optimism and hubris that gripped Detroit in the pre-riot 1960s, when auto companies and unions offered middle-class prosperity to even those without a high-school education.

But his new offering is a much deeper dive into darker and more personal stuff. Without putting too fine a point on it, Maraniss allows the reader to compare and contrast that era with today, as current propagandists and fear-mongers prey on hatred of otherness and recklessly attack their enemies with terms like “witch hunt,” “socialist” and “treason.”