Five of this weekend's Movement Detroit artists invite fans to a "pregame" party Saturday for a good cause.

"Our Homeless Homies Foundation is having a donation drive in-store day party at Well Done Goods," says Eric Dulan (DJ Bone), who creatred the charity with his wife and manager, Ahnne Dulan. "We'll be collecting donations, all of which will go directly to the homeless population in Detroit." 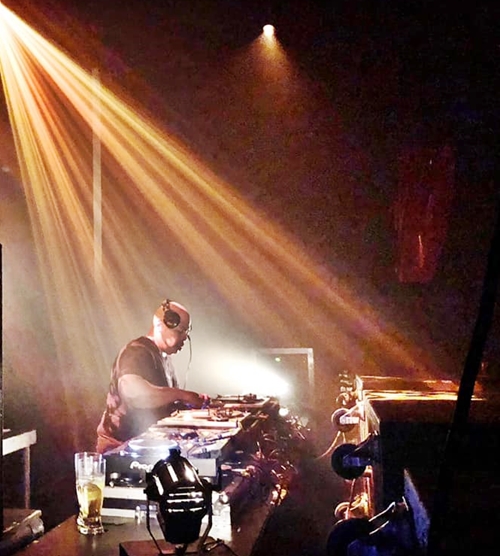 The beatmaster, who describes himself as "one of Detroit's DJ prototypes," will be at the 2-9 p.m. event at 1440 Gratiot Ave. (near Eastern Market) with Derrick May, Funster, Josh Wink and Seth Troxler.

"Let's do some good while having lots of Movement weekend fun," a Facebook listing says, adding:

While there is no entry fee, new/unused toiletries are required for entry to this special party, or you'll be able to purchase our limited edition edition Homeless Homies shirts. All proceeds go to DJ Bone's Homeless Homies Foundation.

We'll be collecting donations, all of which will go directly to the homeless population in Detroit.

We're lucky that so many friends and associates are blessing us by donating their time and support: Well Done Goods, Derrick May, Josh Wink, Seth Troxler, Funster, Paxahau and tons more amazing people. There'll be food, drinks and plenty of great Detroit Techno.

This foundation that my wife Ahnne and I started and run helps give back to the city that made me by helping my fellow Detroiters who are in need. 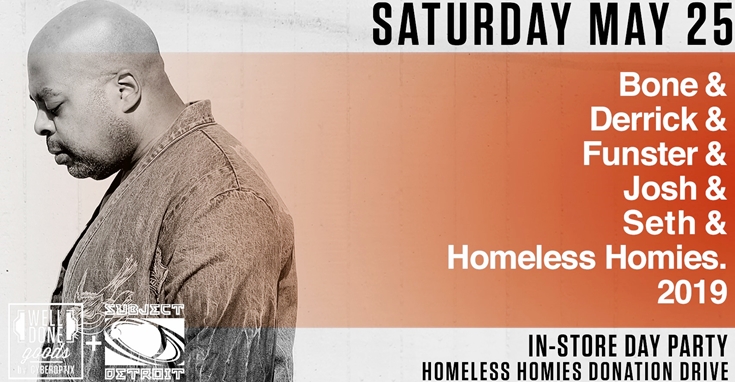