Here are fresh tidbits about the Detroit Regional Chamber conference under way until Friday on Mackinac Island. Deadline Detroit podcaster Craig Fahle will post audio interviews from there separately.

WDIV newsman Devin Scillian paws through his black Mackinac Policy Conference "goodie bag" in a brief Instagram video to show 4,000 followers some of the swag. 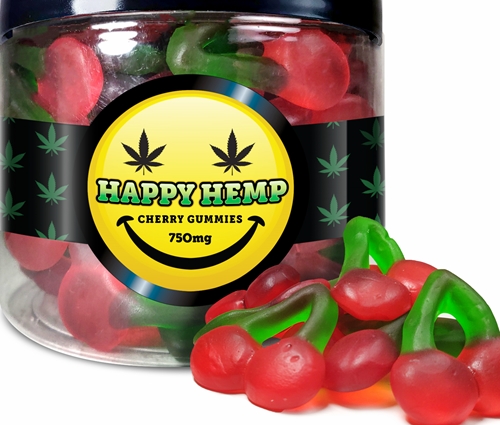 Definitely not the cherry gummies in attendees' gift bags.

He checks the fudge flavor in a Grand Hotel box ("straight chocolate, which is just fine"), bypasses Delta Dental's pouch with a customary toothbrush and paste, and quickly figures out that a foldable tube from the Michigan Health and Hospital Association is an environmentally correct aluminum beverage straw, accompanied by a pipe cleaner-style brush. Off-camera, station colleague Tim Pamplin chuckles and suggests: "I think it's a catheter cleaner."

Scillian tosses a quip of his own while holding a bag of Gummi Cherries from Cherry Republic in Traverse City. "An interesting proposition in Michigan right now. I'm assuming these are just gummy cherries" . . . rather than cannabis edibles. 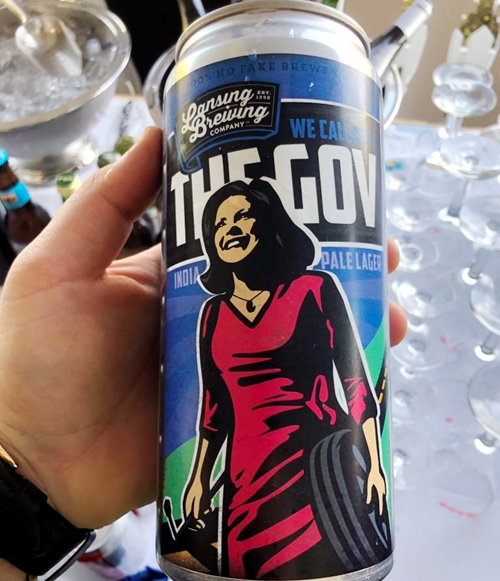 Not only does free beer flow at some receptions, but there's also a new India pale lager called The Gov -- with Michigan's gov on the can, holding a tire iron and spare tire, as befits a road-fixing crusader.

"Let’s make a deal – you pour the damn pavement and we'll pour the damn beer," Lansing Brewing Co. tells Gretchen Whitmer in a release quoted by Carol Thompson of the Lansing State Journal.

The brewery introduces its novelty craft ale in an ideal setting jammed with journalists who're far from their newsrooms and tweeting avidly. The Gov will be in stores next month. (The beer, that is.)

So who's excited for the Kentucky Derby of policy conferences? #MPC19

Outside sniping of the day

The surly shot below comes from a Southfield attorney who was Michigan Democratic Party chairman from 1995-2013, and isn't on the island.

Actually, in addition to "wealthy corporate CEOs," guests include the Democratic governor, lieutenant governor, mayor of Detroit and U.S. senators from Michgan. Among speakers are six U.S. House members who are Michigan Democratic Party leaders. So this is oddly selective sniping:

The usual rah-rah as Michigan’s wealthy corporate CEO’s gather for their annual 4-day party on Mackinac Island ignoring the poverty of the rural Michigan counties around them before decamping for the corporate parties of the Detroit Grand Prix https://t.co/ZVNxLrgugA