To the annals of marijuana journalism in recent Michigan history, add this: Detroit Free Press restaurant critic Mark Kurlyandchik's sit-down at the table of Enid Parham, aka Chef Sunflower, for a multi-course meal with marijuana infused in every bite. 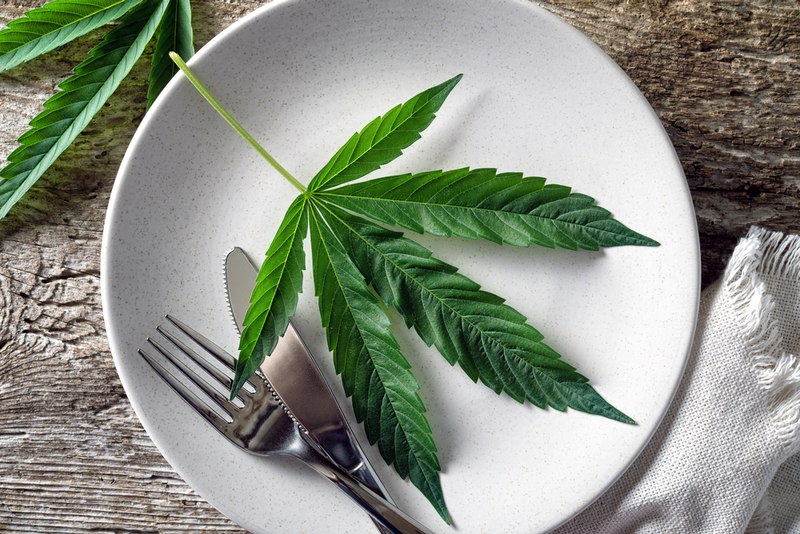 Parham calls her business Bonnie's Kitchen, and the meal was filmed for an episode of Parham's "new cannabis-infused cooking and conversation show, created to educate consumers and destigmatize marijuana consumption for the uninitiated."

This food wasn't a series of "edibles," the mostly candy-like snacks you can get at any medical marijuana dispensary, but gourmet small plates with explicitly descriptive names. After an amuse-bouche of a pre-rolled joint, which Kurlyandchik set aside for later, the first course arrived:

Our first bite of food that night was buttered crostini carrying three clouds of whipped cannellini bean mousse infused with duck liver and approximately 5 mg of GG4, an Indica-dominant strain of weed that’s known for its relaxing and euphoria-inducing properties. Atop the mousse lay spicy griddled broccoli rabe and beef bacon — a nice cover for the hint of earthy, high-palate cannabis flavor emanating from the mousse.

And so it went.

Kurlyandchik's entertaining and informative story is far more than an amble through a high-end banquet with Jeff Lebowski. Rather, the dinner conversation was diverse and wide-ranging, and was apparently not significantly impaired by the building wave of awesomeness:

Just as I started to feel a little softness behind my eyes, the conversation turned from edibles to the country’s drug policies: Nixon and the War on Drugs, Reagan and Just Say No, Clinton and Three Strikes, and how all of these policies had disproportionately affected communities of color, ballooned the U.S. prison population and destroyed families over something that more privileged folks now stand to profit from. (One salient example: Former U.S. House Speaker John Boehner, once vehemently opposed to marijuana, now sits on the board of a publicly traded cannabis company.)

In other words, it was everything you want a great dinner party to be:

Over the years, Parham has honed her quantities, aiming for a microdosed meal with subtle effects rather than an experience that will glue you to your couch or send you on a paranoid trip. At both meals, during the taping and on 4/20, my buzz never reached a level I'd call "high," the effects more akin to drinking a glass of wine or two.

And the result was similar, too. Eight people had started the night mostly as strangers from varying backgrounds and ended it discussing our favorite Disney movies, at times breaking into song to prove a point. We'd bonded over a delicious meal in a safe, adult way, and each learned something new in the process.

Absolutely worth a read, and the food sounds mouth-watering.