Bill Ford: UAW Helped the Entire Industry 'Get Back on Its Feet' 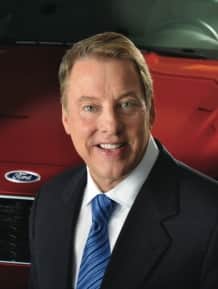 Bill Ford: "And he did that." (Company photo)

Over the years, there's been plenty of anti-union talk, particularly in Michigan, a right-to-work state.

Ford said the union helped the company regain a foothold in the North American market, and he added that the UAW helped the entire industry “get back on its feet.”