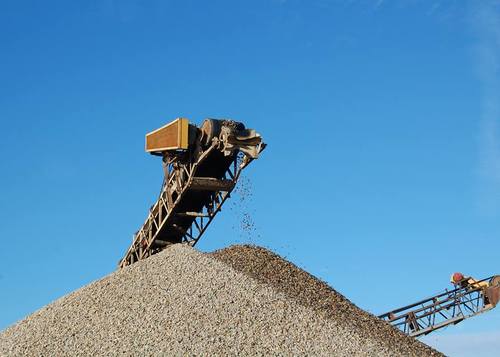 Lobbyists are known to wield a fair amount of influence in Michigan, but a new Free Press report on how gravel industry reps were able to ultimately hijack a report in an effort to shape policy to their benefit stuns even the most jaded among us.

According to the daily, lobbyists steered an MDOT-commissioned study frequently cited by the industry to defend the controversial expansion of gravel mines. Michiganders have protested efforts to expand or build new mines as they creep closer to residential areas. The study claims the state is running out of gravel for road projects.

But in fact, the Michigan Aggregates Association (MAA) — the lobbying organization for the sand and gravel industry, which is pushing for legislation that would severely restrict the ability of local governments to deny permits for new or expanded gravel mines  — was behind the study, records show.

The group recommended the consultant MDOT hired, set out the scope of work and how to price the study, and even spelled out the expected findings, according to emails and other records obtained under Michigan's Freedom of Information Act and provided to the Free Press. The group also had a role in initiating the study, which an MDOT official repeatedly described in emails as a report "the Director commissioned after talking with the Michigan Aggregate(s) Association."

MDOT officials have reportedly defended the corrupted study. But an engineer took issue with the arrangement in 2017, according to an email obtained by Freep.

“Forgive my ideology, but I have been under the longstanding impression that our research monies are intended for scientific study,” MDOT concrete operations and material engineer John Staton said in a Sept. 21, 2017, email to his supervisor, Jason Gutting.

“The MAA approach is simply to use a hastily assembled report (to be commissioned by MDOT) to engage in legislation that takes permitting authority away from local agencies so that the current aggregate producers … can expand their current footprint via hostile land grab," Staton wrote.

Instead of paying for a study themselves, the gravel companies "need MDOT to commission the work in order to provide them political cover," he wrote in the email, which called for a more scientific approach to the second phase of the report.