'It's left a large void:' How a CVS closure hurts a Detroit neighborhood 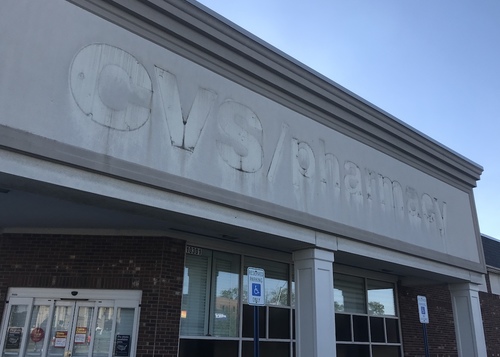 The shuttered CVS on Woodward at Calvert. (Photo: Violet Ikonomova)

The CVS on Woodward in Boston Edison was one of 46 “underperforming” locations around the country closed in April, an apparent effort by the company to appease investors following its risky $70-billion purchase of insurer Aetna. But what made sense in a faraway corporate boardroom has had an outsized impact on a densely populated Detroit district where many people don’t have cars.

“It’s left a large void in our community,” says Jerry Hebron, executive director of the North End Christian Community Development Corporation. “For our senior population and the average consumer in this community who is transportation challenged ... there isn’t anywhere else to go in terms of getting a prescription filled.”

The Woodward and Calvert CVS was the only Michigan location closed in the recent round of cuts. But it’s the second CVS to close in the North End in recent years, leaving some 17,000 households miles from a place to pick up basic items, including food and toiletries, Hebron says.

One in four Detroit households do not have a car. There are no nearby grocery stores, and the next-closest CVS is two miles away, in Highland Park.

Oona Friedland, a Deadline Detroit contributor who lives in the area and gets around by bike and bus, calls the closure frustrating. She relied on the store for toiletries and prescription drugs.

“To have to [go] all the way down Woodward to Midtown or … go all the way down 8 mile to Meijer just to get your basic drugstore needs is outrageous,” sais Friedland. “If I was taking the bus to the closest CVS that would easily be a two hour trip when it’s round-trip. That’s just unimaginable for a big city.

“People think of Boston Edison as this very beautiful well-kept historical district but how nice is a district that you can’t even get your basic needs met.”

Hebron notes the surrounding area is much lower income.

CVS did not respond to emails and phone calls seeking additional information about why this particular location was closed.

Hebron says her organization is trying to connect seniors who need prescriptions filled with a Highland Park pharmacy that delivers.