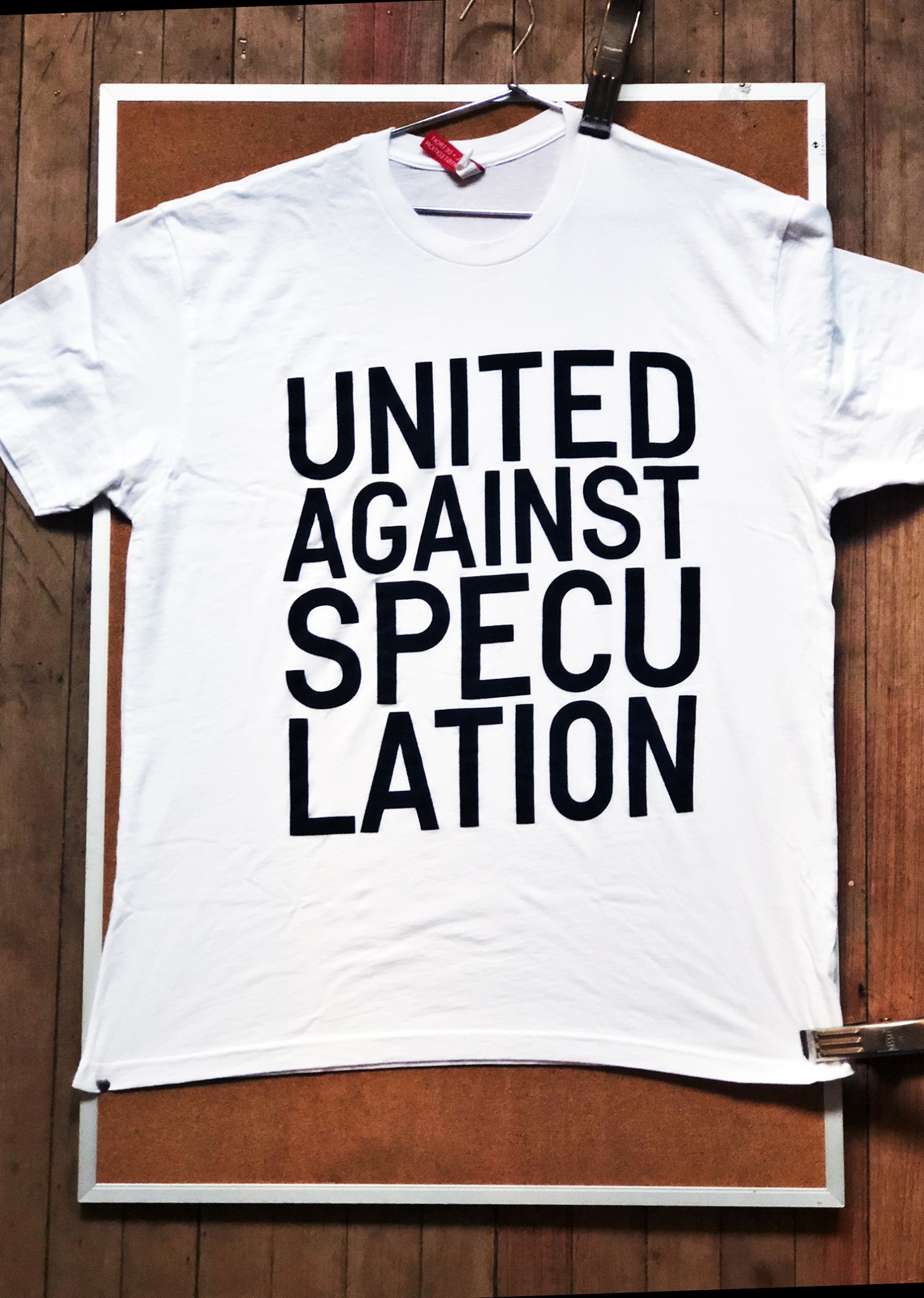 The Russell Street Deli, while known for its soups, sandwiches and recent battle with a new landlord, is making a name for itself in the fashion game.

“United Against Speculation” T-shirts, which go for $25 at the deli, are a new rallying cry against the increasing rents for longtime tenants in the evolving Eastern Market area, which critics have dubbed “Nelsonville."

The 30-year-old business recently said it plans to close at the end of summer due to a dispute with landlord Sanford Nelson, who has spent at least $25 million buying dozens of properties in the area. A number of other businesses in his buildings have also closed or announced their intention to, some due to rent hikes.

But owner Ben Hall wasn’t thinking of Eastern Market alone when he solicited help from artist Rikrit Tiravanjia to make the shirts.

Much of the city has fallen prey to speculators, he says, whether it be the dead zone surrounding Little Caesars Arena, or low-income neighborhoods where real estate companies neglect and flip properties to make a quick buck.

“I get the speculative nature of what’s happening in Detroit right now. For me it’s one of those things where there’s this colonial mentality, you haven’t monetized this property, so we’re gonna take it from you and make it much harder for you to exist in this space. . . . It’s the same as someone showing up and taking land from brown people.”

In the case of the deli, Nelson, who hails from Bloomfield Township, tried to force Hall to cover a $50,000 floor repair. The lease left unclear whose responsibility such a repair would be.

The Russell Street Deli’s staff is 82-percent black, which mirrors the population in Detroit.

“Food, creativity, and community all being in a restaurant is what makes it unique," Halls notes.

While the deli is set to close its current location on Sept. 28, Hall is still confident he can find a new place for the business to thrive.

“Given with how I’ve run the business, how our team exists, I still somehow expect this to work out.”

He's been looking at moving the deli elsewhere in Detroit or Hamtramck.

“We’ve looked at dozens of properties. We’re much more focused on the neighborhood and what they’ll produce for us, and what we can produce for them.”