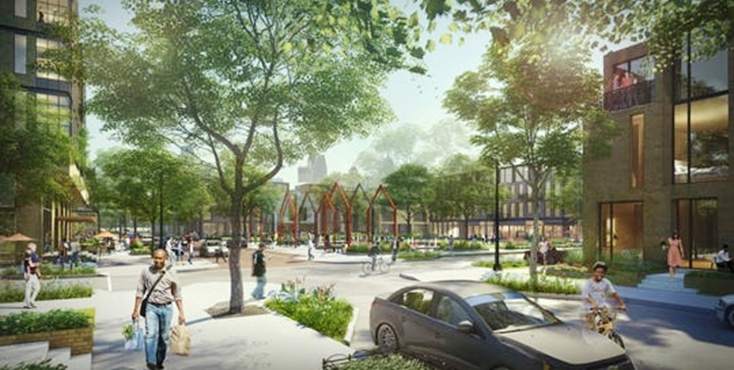 A rendering of the redevelopment vision in Brush Park. (Illustrations from Bedrock Detroit)

Next up from Dan Gilbert's development company: More than 900 residences on roughly 22 acres at the former Brewster-Douglass housing project area in Brush Park near downtown, as Crain's Detroit Business describes. Units will be for rent and purchase.

Bedrock is buying the site for $23 million from the federal Department of Housing and Urban Development and estimates construction costs at $300 million, Kirk Pinho writes. In addition to apartments and condos, the plan is for shops, a hotel with about 80 rooms, a day-care center and park-like gathering areas. 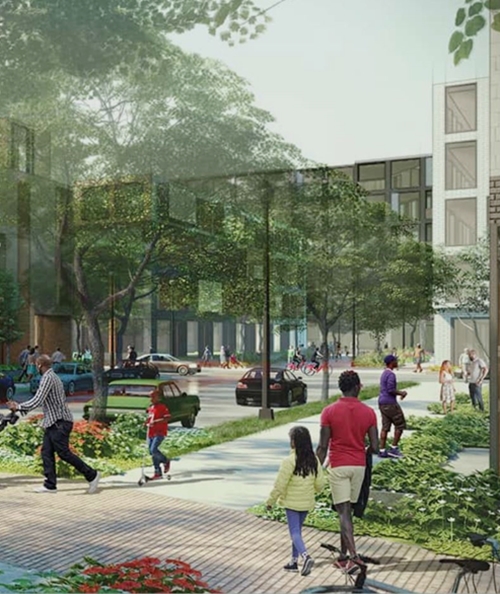 Over 900 units for tenants and owners are planned.

A HUD letter approving the pending sale says that $4 million of the $23 million will be held in escrow for expected environmental clean-ups and that the rest will be used to improve low-income housing in Detroit. "We . . . expect to close [on the purchase] in early fall," says a Bedrock statement quoted by Pinho. It gives no other details.

The location is near I-75, south of Mack Avenue.

Bedrock already has a project page on its site, sketching the property's background:

At its peak, nearly 10,000 Detroiters lived in the Brewster-Douglass Homes. The site has been vacant since the structures were demolished in 2014.