Is Sasha Obama Headed to University of Michigan? 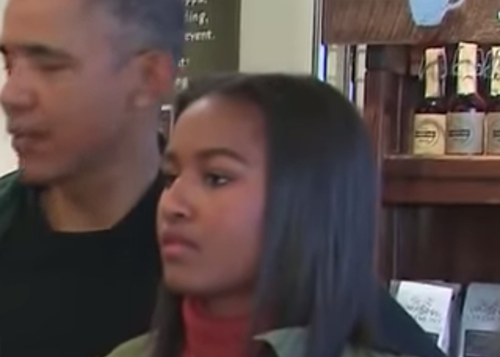 Is Sasha Obama, youngest daughter of Barack and Michelle Obama, bound for the land of Wolverines?

There's a possible sign that her next stop is the University of Michigan in Ann Arbor, David Jesse of the Detroit Free Press reports.

A hint came last December, when Sasha was said to have posted a photo to her private Instagram account showing her and two Sidwell friends reportedly headed to UM. "So proud to say I'm going to college with my sisters!!” read the teen's caption, according to the New York Post.

"It is university policy not to confirm the admission status for any student," spokesman Rick Fitzgerald told the Free Press Wednesday morning.