An 11-year-old sweet tea business gets a sweet ingredient at the third annual Detroit Demo Days contest for local entrepreneurs.

Ellis Island Tea, founded in 2008 by Nailah Ellis-Brown, won $300,000 in equity investment Friday night at the third annual Detroit Demo Days, a four-hour event sponsored by Quicken Loans to support local entrepreneurs. She's among seven winners chosen by four judges at the Fillmore Theater downtown after 15 finalists each made 90-second pitches to present their companies’ successes and growth strategies.

Three other winners got $25,000 people's choice awards based on audience votes via a phone app. (All are listed below.) 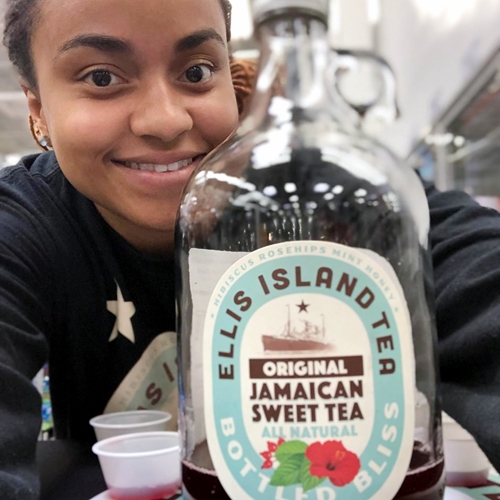 Ellis-Brown, who's 32 and studied business administration at Howard University, makes, bottles and distributes a tropical hibiscus tea. The recipe, she says, comes from her great-grandfather, Cyril Byron, who came to America in the early 1900s from Jamaica and ran a catering business in Manhattan from 1940-60. Ellis-Brown inherited the tea recipe and and his entrepreneurial drive.

The company's production site is on Clay Street, across from the Russell Industrial Center on Detroit's near east side. It also makes an unsweetened version of the tea, added in 2012.

A huge leap came in fall 2017, when Sam's Club began stocking it in Michigan, Indiana and Ohio. The next May, the Detroit product gained shelf space at all of the chain's nearly 600 U.S. locations.

"Mama, I made it," the founder exulted on Facebook. The break came, her post noted, "after 10+ years of receiving no after no after no, questioning, being laughed at" and other hurdles.

Below is who won what.

Local entrepreneurs get rewards more meaningful than plaques, trophies or ribbons at a public event Friday night in the Fillmore downtown.

Seven small businesses, to be chosen from among 15 finalists, will share $1.2 million in grants, no-interest loans and investments from the Quicken Loans Community Fund.

The free event, which starts at 5 p.m. with a "pre-party" mixer and ends with music from an unnamed Grammy winner, is called Demo Day because each of the 15 emerging entrepreneurs who made the cut will have 90 seconds to describe its achievements and pitch a business plan to four judges. (A 38-second promotional video is below.) 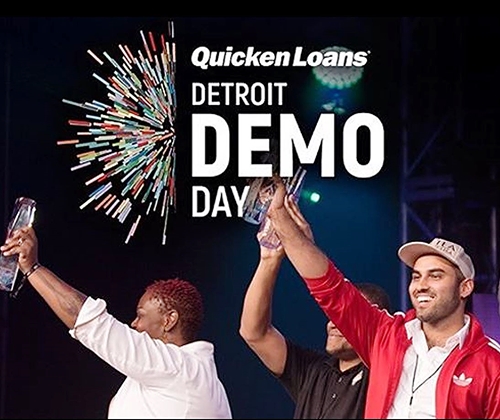 Entrants are split into three categories -- Start, Grow, Scale -- representing stages of development (a recently introduced product or service; a business ready to expand; a locally successful venture able to serve national customers). Prizes range from $50,000 to $300,000. In additioon, one business in each category will get a $25,000 people's choice award based on audience votes cast via an app.

Demo Day is open to for-profit companies based in Detroit, Highland Park or Hamtramck that already sell a product or service, and that have raised up to $1 million and have up to $2 million in annual revenue. (The startup category is for firms with less than $100,000 in 2018 revenue.)

► How to attend: Register here.